Kelly Rizzo is best known as the rocker-chic creator and host of the award-winning on-demand show Eat Travel Rock TV. The entertainment series, featured on The Food Channel website, sees Rizzo go behind the scenes of the coolest restaurants, music festivals, hotels and more as she talks to rock stars, master chefs and other heavyweights of the creative industries. So far Rizzo has presented more than 75 episodes of the show which won an award for Best Influencer Program in 2018. Rizzo was named Michigan Avenue Magazine’s “Travel Queen” in 2017. The foodie and music enthusiast also hosts Rocking Right Now on Chicago’s top Alternative Rock station, 101 WKQX-FM and presented VH1’s Big Morning Buzz Live alongside Nick Lachey. She has appeared as a food, lifestyle and travel expert on numerous national talk shows on VH1 and ABC.

A Chicago native with Sicilian roots, Rizzo spent 15 years as a realtor after leaving university and founding Dream Town Realty with her mother. Always passionate about music, travel and food, she later left the real estate industry to launch her own travel and food web series and blog Eat Travel Rock. After more than five years on the show she has won several awards and travelled the world doing what she loves.

Rizzo has also taken social media by storm, with over 370k followers on TikTok and 5.5 million ‘likes’. One TikTok the star posted about how she fell in love with her husband (comedian and actor Bob Saget) racked up more than 2 million views, but most of her social media content focusses on her areas of expertise – travel, music and food. 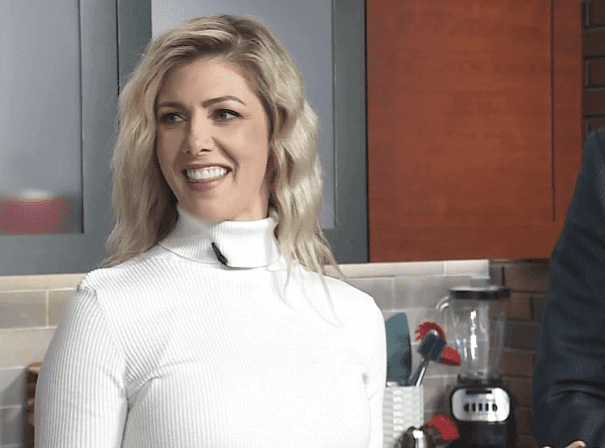