After spending nearly 20 years fronting US alternative rock band Kill Hannah, Mat Devine has found a new career at the cutting edge of the industry: Head of Music Partnerships at the increasingly popular Cameo website. He has also launched a fashion line, kept a popular blog, contributed columns to many magazines and websites, and published a book, Weird War One: The Antihero’s Guide to Surviving Everyday Life. He is also popular on Twitter, with a blue-tick account and nearly 13,000 followers.

Devine first formed Kill Hannah as a teenager in 1993 whilst studying at the School of the Art Institute of Chicago. After self-releasing several albums and EPs, they were picked up by major label Atlantic in 2003 and spent the next few years gigging with the likes of My Chemical Romance, Velvet Revolver, 30 Seconds to Mars, and Alice in Chains. Their most successful album was 2006’s Until There’s Nothing Left of Us, which made the Billboard 200 and the top ten of the US Heatseekers Chart. In 2009, Devine was part of a project called Setting Fires along with members of Good Charlotte and Morrissey’s backing band. Their debut single was featured in a season premiere of One Tree Hill. Devine released his debut solo album, Gold Blood, under the name Wrongchilde in 2013.

Devine has been a contributor to Fuse TV since 2004, writing blogs and interviewing guests including the likes of Bam Margera and members of popular emo bands. In 2018, Devine joined Cameo, a website that allows fans to request personalised messages from their favourite artists. 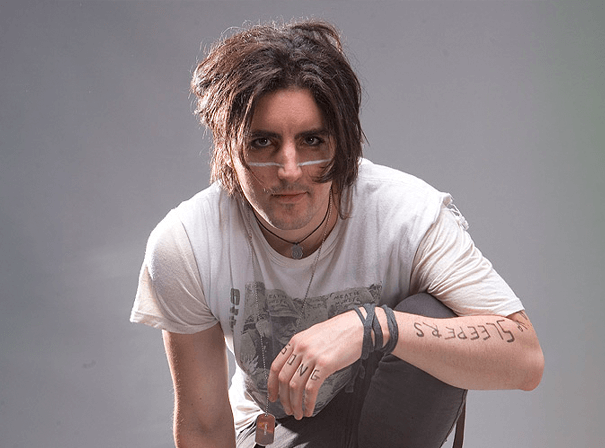