Michael Des Barres is an English television star and musician, with an emphasis on the rock and pop genres. He is best known for his recent work as Murdoc in the series MacGyver from 1987-1991. The cult television show was rebooted in 2016, and Des Barres returned to play the role of Murdoc’s mentor.

Des Barres grew up in Hove, Sussex. He was interested in acting from a young age, and attended theatre school Corona Academy in London. He debuted in the classic film To Sir, with Love in 1967, starring alongside the iconic Sidney Poitiers. After moving to Los Angeles in the mid-seventies, he amassed a wealth of acting credits, appearing primarily in horror and thriller movies such as the sequel to Poison Ivy: The New Seduction and the cult film Mulholland Drive. He has appeared on numerous top television shows, including Miami Vice, Seinfeld, Bones and Gilmore Girls.

Alongside his acting career, Des Barres is a dedicated and passionate musician. He has appeared in bands including Silverhead, Detective, Chequered Past and, most recently, The Michael Des Barres Band. He led a solo career, releasing the albums I’m Only Human, Somebody Up There Likes Me, and The Key to the Universe, the latter of which was released recently in 2015. His latest release is the live album Michael Des Barres and the Mistakes, a compilation of six songs from different high points of his career. 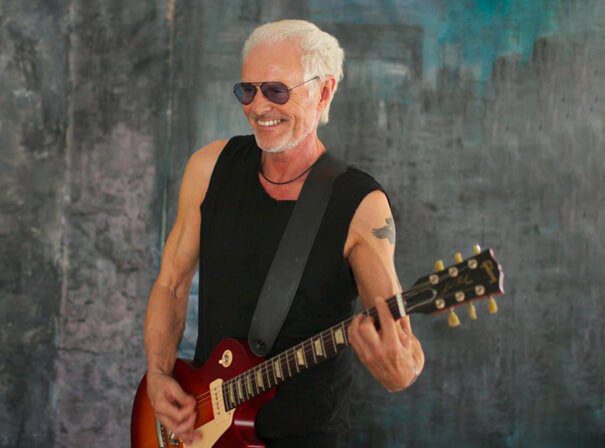