Priya Cooper OAM made her mark on the para-swimming world with her amazing run of success in Paralympic and World Championship swimming during the 1990s and early 2000s. She won nine gold medals at three successive Paralympic Games between 1992 and 2000 and eight long-course World Championship medals. She has been much-decorated in her native Australia, who awarded her the Medal of the Order of Australia in 1993. At various times during her career, she was also named Paralympian of the Year and Young Australian of the Year for Sport. Her influence still resonates today: in 2015, she became only the fourth Paralympian to be inducted into the Sport Australia Hall of Fame, and in 2022, she was inducted into the Paralympics Australia Hall of Fame.

Cooper was born in South Perth in October 1974. She has cerebral palsy and, as a result, spends much of her time in a wheelchair. Her parents encouraged her to take up sports and other physical pastimes, such as ballet dancing, from a young age, and she began swimming when she was six years old. She developed a technique of using her upper body strength to pull her through the water. She began competing in national competitions whilst still in high school and soon won 12 gold medals from various tournaments. She made her Paralympic debut in Barcelona in 1992 — a debut that nearly didn’t happen until an appeal for funding brought enough donations from kind members o the public to ensure the Australian team could make it.

From then on, Cooper went from strength to strength, proving an inspiration to a generation of young Australian swimmers. 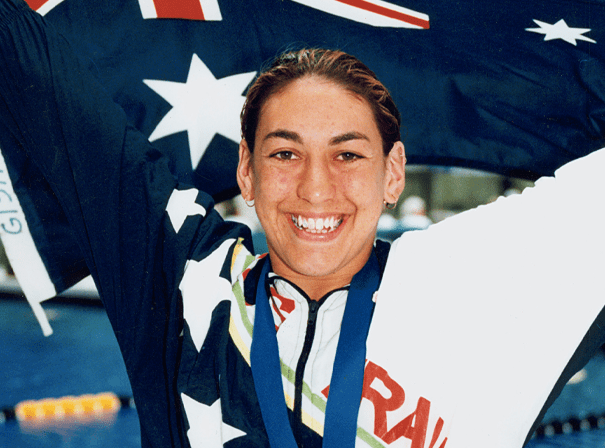