The fabulous athlete Anthony Drmic is a professional shooting guard/small forward for the Brisbane Bullets of the Australian National Basketball League. Away from the hoop dreams and slam dunks, Drmic is also a pro-gamer, as well as a content creator for the Chiefs Esports Club.

Drmic was born and raised in Melbourne, Australia. He attended the Australian Institute of Sport and was recruited from there to play at Boise State in the United States. Prior to that he competed for Australia at the 2001 FIBA Under-19 World Championship. He had a successful time in the States, finishing his college career as the school’s all-time three-point record holder, as well as the school’s games record holder, just two points shy of the school’s all-time leading scorer, and at No. 5 on the Mountain West Conference all-time scoring list. He was undrafted in the 2016 NBA draft, but then signed a two-year deal with the Adelaide 36ers of the National Basketball League back in Australia. He led all rookies in scoring and rebounding, and as a result received of the NBL Rookie of the Year Award. In 2017 he joined the Southern Tigers in the Premier League, and early 2018 saw him sign with the Dandenong Rangers in the SEABL. He rejoined the 36ers a few months later, although he did play the Southern Tigers again for the 2019 season. In 2020 he signed a two-year deal with the Brisbane Bullets.

Drmic regularly connects with his legions of followers and fans through Facebook, Twitter, Instagram, Twitch.tv, and TikTok, posting pictures and videos of his life in and around basketball as well as of his streaming activities. He is also available for that personalised shout-out via the Cameo platform 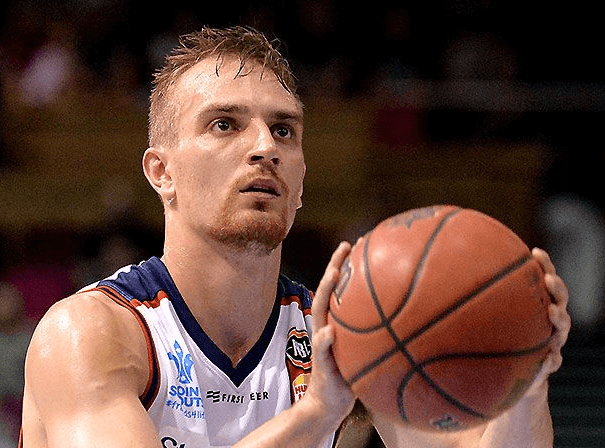