Tampa Bay Rays outfielder Brett Phillips is stirring up a storm in the MLB. Renowned for his remarkable “Forrest Gump–like ability to show up in interesting trades,” Phillips is making a name for himself. Born and raised in Seminole, Florida, Phillips nurtured a love of sports from a young age and started his baseball career at Seminole High School. Phillips signed with the Houston Astros fresh from the 2012 MLB draft in a bold move rather than launch a college career with the North Carolina State University. Now a seasoned pro, Phillips has played with the Gulf Coast Astros, the Lancaster Jet Hawks, Kansas City Royals, and the Milwaukee Brewers. With an impressive .202 hitter average under his belt, Phillips’ stands at the front of a long and exciting career.

During his sensational pro debut, Phillips set the pitch ablaze with the Astros and hit .251 in 54 games. From there, he would claim the Astros’ Minor League Player of the Year award after a formidable season in the Class A-Advanced California League. Phillips soared with the Brewers before making his outstanding MLB debut against the Pittsburgh Pirates. Despite limited action on the field, Phillips set a Statcast record with a 104 mph throw that secured the game. As Phillip’s meteoric career gained momentum, he would play with the Kansas City Royals before joining the Rays. During his debut, Phillips claimed a 5-4 victory over the Miami Marlins as a pinch-runner. Since then, Phillips dominated at the 2020 World Series against the LA Dodgers and recorded his first career postseason hit.

Beyond the pitch, Phillips cultivates his well-loved Twitch channel. With nearly 6k followers, his candid and often hilarious videos have a dedicated fanbase to match. Now one of the most sought after players around, Phillips will be lighting up stadiums for years to come. 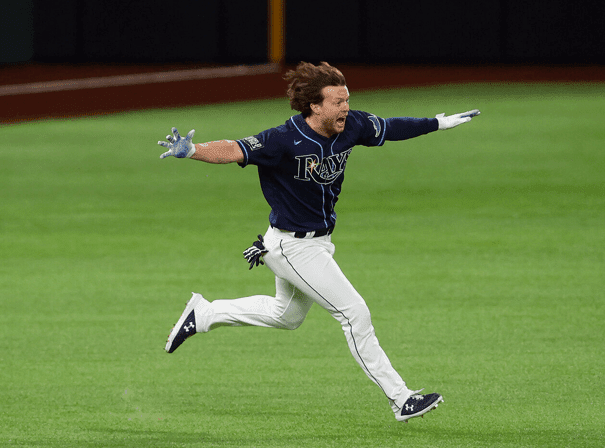