American track and field superstar Coby Miller has led an illustrious and Olympic level sporting career. The 100m and 200m sprinter was born and raised in Mississippi, first joining prowess in the sport at Auburn University. During his time there Coby won the 200m at the 1999 NCAA indoor championships and placed second in the outdoor championship. The same year he also emerged victorious in the 200m at the Summer Universiade held in Spain, making his international debut.

Following his success in 1999, Coby’s star naturally kept rising in the new millennium. 2000 saw the sprinter make his Olympic debut and reach the finals in Sydney for the 200m. In 2001 Coby became the US indoor champion over 200m running a world leading time. The following year he became a gold medallist at the IAAF World Cup alongside his 4×100 relay team. The Americans also broke the championship record with their impressive performance. In 2004 not only attended the Olympics for a second time, but also became an Olympic silver medallist with his 4×100 relay team in Athens.

At the peak of his career Coby was regularly ranked in the top 10 American sprinters, truly a champion in his profession. He holds both a sub-10 second personal best in the 100m and sub-20 second in the 200m. Following his success in Athens, Coby continued to compete at track meetings from 2004-2008. With 10.4K followers, the Olympic champion is now a brand ambassador for companies the likes of Every Man Jack and Black Water. 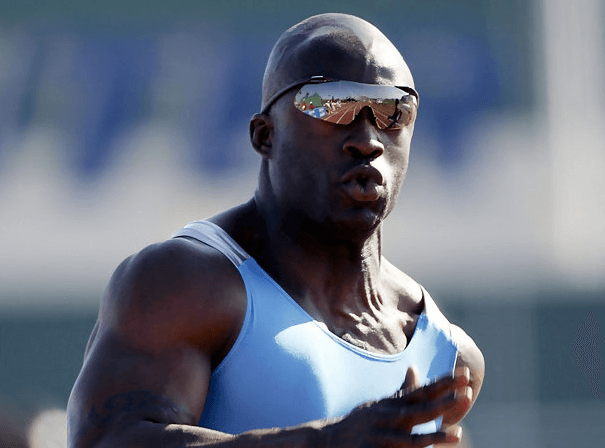