Talented Daria Kasatkina is a Russian tennis star at the heart of a new generation of female tennis players. She has won five WTA Tour titles to date and also finished second at the 2018 Indian Wells Open. She has also won the Kremlin Cup and St. Petersburg Trophy. After a lean couple of years, she soared back into the Top 30 of the world rankings in 2021 with two title wins. She is also an Olympic quarter-finalist and enjoyed a highly successful junior career that saw her win the 2014 Junior French Open, several Grade-1 titles, and help Russia to lift the 2013 Junior Fed Cup.

Kasatkina was born in the city of Tolyatti, Russia, in 1997. She began competing on the ITF Junior Circuit when she was just 14 years old and won her first title at only her second event. She began competing as a professional in 2013 and within two years had worked her way up into the Top 75 of the world rankings. By the time she turned 19, she was inside the Top 25. This was helped by her reaching her first Grand Slam quarter-final and helping to defeat a record-holding doubles pair who had won their previous 41 WTA matches.

2018 was a major year for Kasatkina as she became ranked the Russian number-one and entered the world Top Ten. As well as finishing runner-up at Indian Wells (beating Venus Williams en route) and winning the Kremlin Cup, she reached the quarter-finals of the French Open and Wimbledon. In 2021, after a minor blip, she returned to such winning ways. 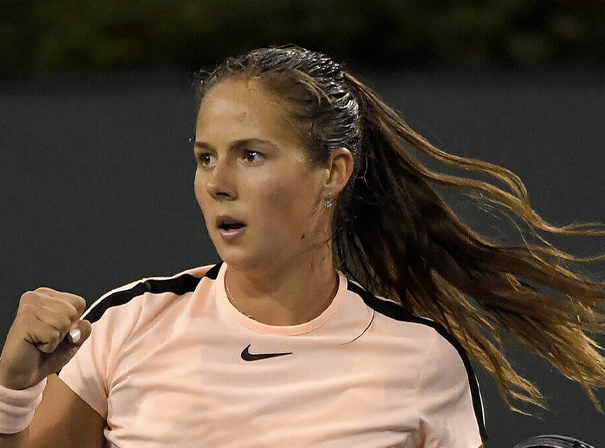