Prior to taking up skeleton, Nikitina was a football player throughout her youth, moving to the ice when she was a teenager. When she was 18 she started competing internationally, joining the Europe Cup and the Intercontinental Cup circuit during the 2010- 2011 season. Her career quickly took off, and she competed in the Junior World Championships in 2012 before competing in her first World Cup the following year, winning a gold medal on her first appearance at the competition. Nikitina won her first European Championships gold in 2013, the same year as she came first at the Junior World Championships, cementing her reputation as an up-and-coming competitor on the scene. Since those early years she’s come a long way, and now has two World Championships medals to her name as well as an Olympic Games bronze. This great form has continued, with numerous gold medal wins at the World Cup, including overall 1st place in 2018- 2019, when she became only the second Russian to have claimed victory at the competition.

In recent tournaments Nikitina has proved that she’s still got what it takes to be the best, with her years of experience and training paying off. She took yet another gold at the European Championships in 2020, and remains the one to beat on the skeleton track. 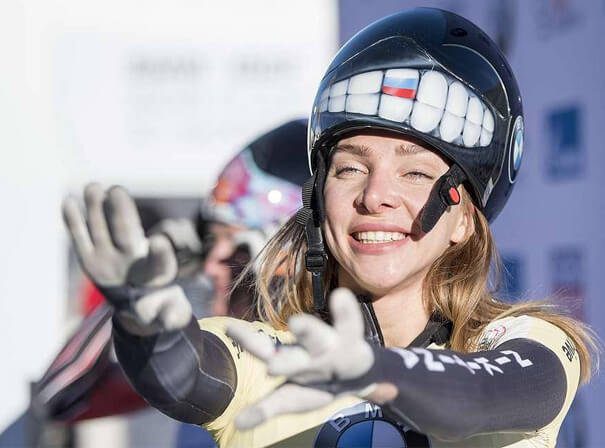