Ukrainian tennis player Elina Svitolina has won 14 WTA singles titles, and is the first Ukrainian female player to break into the top 10 rankings.

With both her parents being former competitive athletes, Svitolina was destined to become a sports player, and she took up tennis aged 5. She received generous sponsorship when she was just 13, and started her junior career shortly after. She won the French Open girls event in 2010 and three years later she won her first WTA title at the Baku Cup whilst still a teenager. Her senior career took off from there, with an appearance at the Western and Southern Open in the following year where she took home her first top 10 victory. Svitolina progressed up to compete in her first Premier 5 semifinal and took the third WTA title of her career in Marrakech in 2015. In 2016, Svitolina became an Olympic hopeful, and looked set to take a medal after beating then world No. 1 Serena Williams and progressing through to the quarterfinals. She missed out on the podium but returned in 2017 for her best year yet, taking three Premier 5 titles and reaching a career-high of world No. 3.

Svitolina has put Ukraine on the map in terms of tennis, becoming the first Ukrainian player to reach the WTA Finals. Her run of great performances shows no signs of slowing up, recently taking her 14th WTA win at the Monterrey Open in 2020. 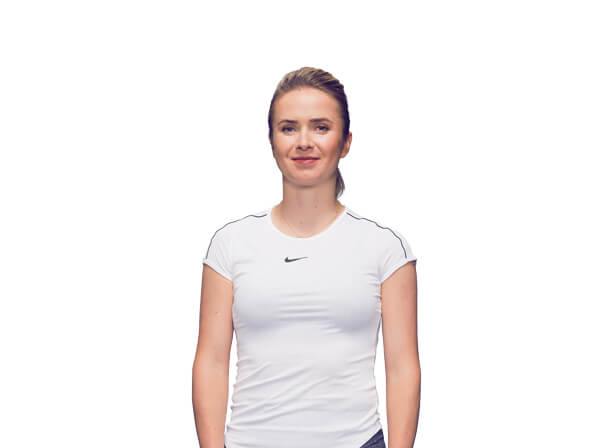