Frederico Silva made history in 2012 when victory at the US Junior Open Doubles Tournament made him the first Portuguese tennis player to win a major Grand Slam final. Pairing up with top-ranking Brit Kyle Edmund, they beat Australian duo Nick Kyrgios and Jordan Thompson in a hard-fought match. As a senior player, he is ranked as one of the top 200 players on the planet and, in 2020, made the second and third qualifying rounds of the Australian and French Opens respectively—his best senior results yet.

Silva was born in the small city of Caldas de Rainha in 1995. His junior career began when he was 14, and within a year he was winning both singles and doubles tournaments on the international junior circuit. Aged 16, he made his debut at Wimbledon, the most iconic tennis tournament in the world, reaching the third qualifying round of the junior tournament. A few months later, in January 2012, he was ranked the sixth-best junior player in the world. His historic doubles win with Kyle Edmund followed that September. In June 2013, the pair also won the Junior French Open. Teaming up with Frenchman Quentin Halys, he narrowly missed out on a second-consecutive US Open win, losing in the final.

Silva became a senior player in 2013. He has won one ATP title to date, the doubles title at the now-defunct Aberto de Tenis held in Brazil. His rankings have consistently improved over the years as his career has matured, and he is currently enjoying the highest-ranking and greatest form of his senior career to date. 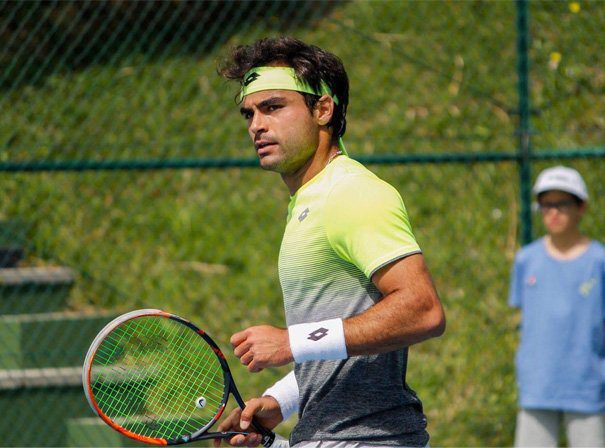