Award-winning journalist, author, and speaker Geoff Colvin is one of America’s most trusted voices on business and leadership. He has spent over forty years at Fortune, the esteemed business magazine, as columnist and senior editor at large. He has authored several books, including the bestselling Talent is Overrated: What Separates World-Class Performer from Everybody Else and its follow-up, Humans are Underrated: What High Achievers Know that Brillant Machines Never Will. As evinced by the titles, people are a core theme of Colvin’s work. In his books and his speaking, he demonstrates the availability of achievement through ”deliberate practice” and, in an increasingly tech-reliant world, the importance of interpersonal relationships.

Colvin has been invited to inspire and inform audiences on every continent. He has addressed business conferences, seminars, and meetings, speaking to gatherings of up to 10,000 people and to even larger audiences on CBS Radio. As a journalist, he has interviewed some of the most famous people on the planet, including billionaires (Bill Gates, Richard Branson), political giants and former presidents (Henry Kissinger, George Bush), even royalty (The Prince of Wales). He also has the distinction of being the moderator of the International Business Leader’s Forum in London. One area particularly close to Colvin’s heart is change and disruption in business, and how humans within the business environment respond and adapt. His wealth of experience and foresight in this area have cemented his worldwide reputation.

In uncertain times such as these, Colvin’s role as a leading business thinker has made him more valuable than ever. 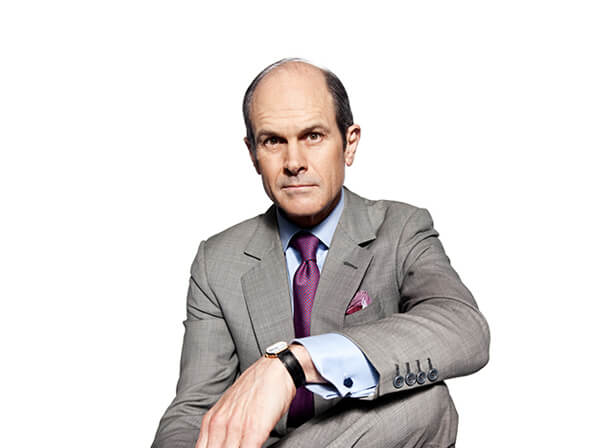