Former athlete Georges Laraque had a prosperous 13 year career in the NHL, playing with the Phoenix Coyotes, Edmonton Oilers, the Montreal Canadians and the Pittsburgh Penguins. He has made two Stanley Cup Final appearances and many refer to him as “The Rock”, as he acts primarily as an enforcer.

When he was growing up, Laraque faced a great deal of bullying and racism, to the point that he became very close to abandoning his dream of one day playing in the NHL. But it wasn’t until after reading Jackie Robinson’s biography, the first black major league baseball player, that Laraque found inspiration and strength to reconnect with his dream.

In his best-selling biography, The Story of The NHL’s Unlikeliest Tough Guy, we realise there is much more to Laraque than his stereotype. It is a compelling story about an engaged citizen, a true humanitarian, not only in his close community, but also on the global stage. As the son of Haitian immigrants, he has campaigned to help with Haitian relief and the rebuilding of Port-au-Prince’s Grace Children’s Hospital.

Laraque is celebrated as a player who has always been unfailingly respectful, despite going toe to toe with players from the toughest league in the world. He now brings that courageous sense of fairness into fights that are much more important than the outcome of a hockey game; today, he is involved in many charities. 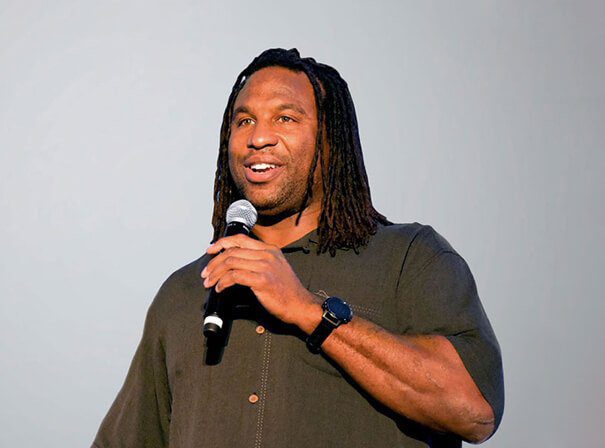