Jeff Provenzano is one of the world’s leading aerial stunt coordinators and professional skydiving stuntmen. Also a wingsuit pilot and BASE jumper, his skydiving stunt and wingsuit accomplishments include 7 World Records and 2 World Cup Championships. The pioneer of Freestyle Canopy Piloting, he has more completed over 19,000 skydives. Provenzano is one of Hollywood’s most in-demand stuntmen, who has worked for television shows, commercials (for Audi and Shell Oil amongst others) and blockbuster movies including Iron Man 3 and Godzilla. He is also a coach for professional athletes and celebrities including the Crown Prince of Dubai.

Originally from New York, the leading stuntman graduated from The School of Visual Arts in NYC in 1998, and had already started skydiving in 1995. He rose to prominence when he joined the Red Bull Air Force in 2009 and became known for inventing several acrobatic skydiving moves, most notably The Miracle Man.

Provenzano has wowed the world on several occasions; he travelled two miles in two minutes in his wingsuit with the Red Bull Air Force in 2014 and impressed as part of a team of 164 linked skydivers at Skydive Chicago in 2015. Rarely out of work as a stuntman, his jaw-dropping scenes in Iron Man 3 took a month to shoot. Now based out of Arizona and New York, he has already accumulated numerous world titles and world records, and he continues to provide cutting edge competitive performances in a career that shows no signs of slowing down. 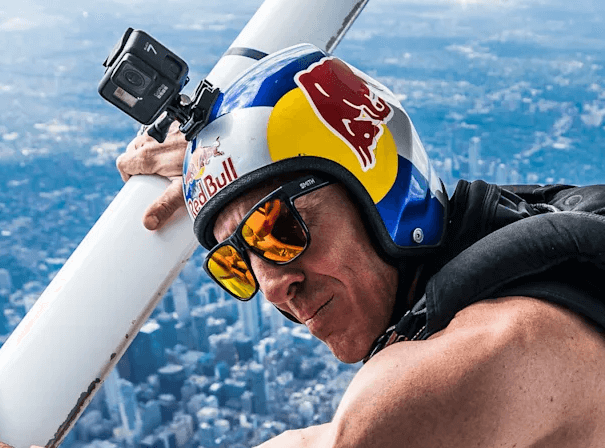