Adrenaline junkie and NASCAR royalty Lanson Cassill is a formidable force on the track. Most recognised behind the wheel of his Chevrolet Camaro, Cassill’s fearless and bold command of his craft have given way to some of the sport’s most thrilling races. Born and raised in Cedar Rapids, Iowa, Cassill entered his first go-cart race at three years old. Leaving the competition in the dust, Cassill earned his first two Kart Series national championships by 11 years old. A natural on the track, it didn’t take long before Cassill climbed into his first Speedway race. Now a regular on the podium, Cassill’s meteoric rise has led to a long and exciting career in the game.

Named “NASCAR’s Most Stylish Driver” by GQ Magazine, Cassill has redefined what it means to be at the top of your game. From becoming the youngest winner in ASALMS history at 16 years old to dominating the NASCAR Xfinity Series, Cassill was born to race. Throughout his career, Cassill has taken on the Greenville-Pickens Speedway and made his electric debut at the Nationwide Series at the Gateway International Speedway. Cassill has also been instrumental to several teams successes on the tracks, such as Circle Sport and Front Row Motorsports.

Beyond the track, Cassill is a dedicated husband and father. Based in Charlotte, NC, Cassill is never far away from the race track. As Cassill continues to pull out all the stops for JD Motorsports, his next leg of the Xfinity season is sure to be thrilling. 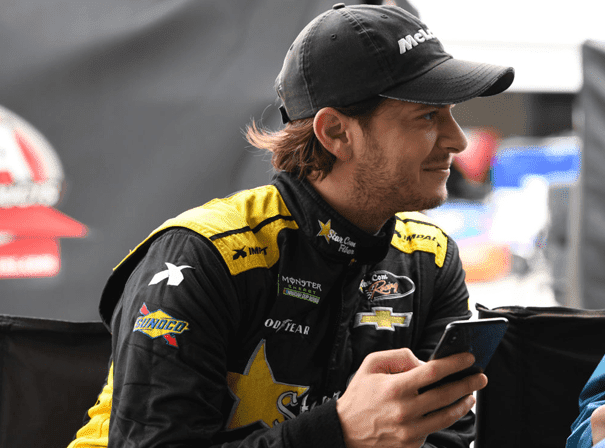