World Championship gold medalist Logan Stieber is a former freestyle and folkstyle wrestler from the United States. He won the non-Olympic global championship at 61 kg in 2016, the year of the Olympics, and a Pan American championship in 2018. With four NCAA Division I national championships, four Big Ten Conference titles, and the Dan Hodge Trophy for the Ohio State Buckeyes under his belt, Stieber is one of the most decorated collegiate folkstyle wrestlers in NCAA history.

Stieber attended Monroeville High School in Monroeville, Ohio, where he won five state wrestling titles from the Ohio High School Athletic Association (OHSAA) (four individually and one as a member of the Monroeville team in 2010). Throughout his high school career, Stieber only suffered one defeat, to David Taylor of St. Paris Graham. With a final record of 184-1 and 179 consecutive victories, Stieber set an OHSAA record that stood as of 2016. Stieber later decided to attend Ohio State University, where he went on to win numerous wrestling titles.

Stieber, who had already won four Big Ten Championships, became just the fourth wrestler in NCAA history to win four individual National Championships on March 21, 2015. Additionally, he guided the Ohio State Buckeyes to the program’s first wrestling team national championship. Stieber concluded his time at the NCAA with a 119-3 record. He declared publicly that he would begin training after college in the aim of representing Team USA at the 2016 Summer Olympics. Steiber later served as a member of Team USA’s 2017 World Team. He began teaching at the Ohio RTC Center after retiring in April 2019. 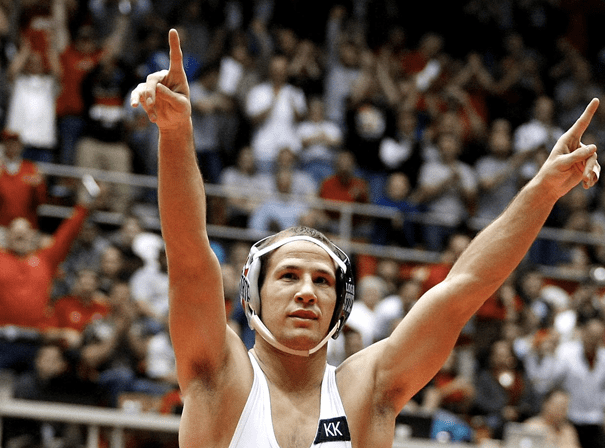