Perry Baker is arguably one of the world’s first rugby superstars from the US. Not only has he achieved over two hundred tries in his seven year career, becoming the second US player to do so, but he also ranks first among Americans and seventh in the world for career tries scored in the World Series and has firmly established himself as one of the best rugby sevens players in the world. In recognition of his efforts, Baker has received the 2017 and the 2018 World Rugby Sevens Player Of The Year Award.

Beginning his career in 2013, he signed with the US Eagles a year later to join the residency programme at the US Olympic Training Center. He quickly became a popular player as he was instrumental in the US team’s first ever victory over New Zealand, and proved he was a hard act to follow by setting the record high of forty eight tries during the 2015-2016 World Rugby Sevens Series, earning a place on the World Rugby dream team for the season.

The following season, Baker was made captain of the team, and not only made a try that was voted as one of the tries of the tournament, but also made one of the best tries of the 2017 Singapore Sevens tournament. Baker then finished the 2016-17 World Series with 57 tries, more than any other player. 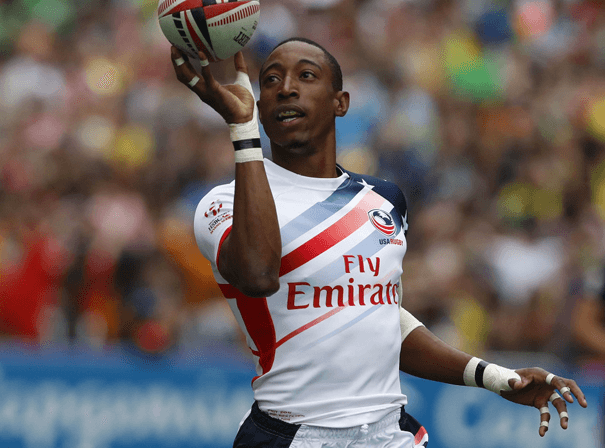