Scott Berkun is a bestselling author and expert in the fields of creativity, innovation, leadership and business management. His books include Making Things Happen, The Dance of the Possible, and The Myths of Innovation.

Berkun’s early tech career included several years at Microsoft, working on products such as Windows, Internet Explorer and MSN, in a variety of engineering and management roles. He later worked at WordPress.com and held a teaching position at the University of Washington, and in recent years has become a full-time speaker and author.

Berkun is the author of seven popular books, several of which have become bestsellers. The critically acclaimed Making Things Happen discusses proven strategies for project management, Confessions of a Public Speaker offers practical and entertaining advice on a much-feared subject, and The Myths of Innovation explores the history of ideas and won the Jolt Award in 2008. His other books are Mindfire, The Year Without Pants, The Ghost of My Father, and The Dance of the Possible. He has blogged for Harvard Business and BusinessWeek, and runs his own popular blog where he answers questions from readers. He has appeared in The New York Times, The Washington Post, Forbes and Wired, and has been a commentator and presenter on television and radio, including for CNN, MSNBC, CNBC and National Public Radio. Berkun is in high demand as a public speaker and seminar leader, and has worked with organisations such as Amazon, Google, the NFL and the Australian Department of Defense. 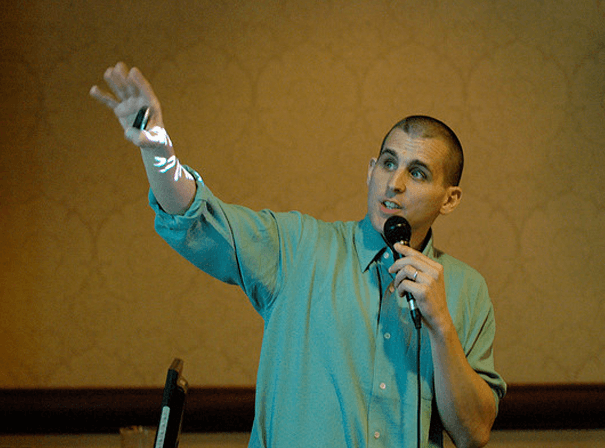