Abhishek Verma has a quota place at the Tokyo Olympics, two World Cup golds and is one of the highest ranked shooters in the world. Born in Panipat, Haryana in India, Verma started shooting as a hobby, and was still continuing with his law degree in 2017 when he decided to take the sport more seriously when he was 28 years old. Since then he has become one of the top three 10m air pistol shooters in the world, bagging two ISSF World Cup gold medals in 2019 and a bronze at the Asian Championship. His gold medal in the men’s Air Pistol at the ISSF World Cup in Beijing clinched Verma India’s second quota place in the Tokyo Games.

Unlike many top shooters, Verma’s rise to the pinnacle of the sport didn’t began as a youngster. He had completed a Bachelor of Technology degree and was pursuing a degree in law when he heard about a new shooting range in Hisar, and Verman – a huge fan of action movies – went a long just for fun. Verma turned out to have a natural talent for the sport, and quickly progressed to taking part in national competitions.

Since taking up the sport seriously, Verma has risen to prominence quickly, and 2019 saw him win gold medals as an individual shooter and also alongside Manu Bhaker in the mixed team event at the Asian Championship . The man who admits he took up shooting simply as a hobby is now one of India’s main medal prospects heading into the Tokyo Olympic Games in 2021. 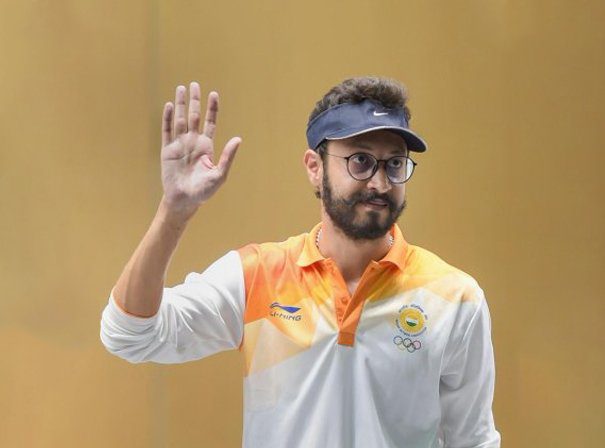