Brazilian professional volleyball player Adenízia Ferreira plays for SESI Bauru and has also represented her country at the Olympic Games.

When she was just 11 years old, Ferreira joined the Clube Filadelfia, going on to train with Osasco after she turned 13. In 2005 she played in the Pan American Cup, proving herself to be a promising player right from the very start of her career. She won the Best Blocker title at the tournament, and over the next few years climbed the ranks to become one of Brazil’s best young volleyball players. Strong performances followed at the South American Championship, taking gold with her team in 2009, 2001, 2013, 2015 and 2017, as well as five gold medals at the FIVB World Grand Prix in 2009, 2013, 2014, 2016 and 2017. In 2012, Ferreira was selected to join the Brazilian Olympic Team, taking gold at the Games in London. She has also won countless titles with her former club, Osasco, including the South American Club Championship four times and the FIVB Club World Championship once. In 2016 she moved to join Italian club Pallovalo Scandicci before a recent move in 2020 saw her return to Brazil with SESI Bauru.

This highly sought after and experienced player continues to impress on the court, and has recently bounced back from shoulder surgery. Ferreira is now looking forward to many more years of sporting achievements. 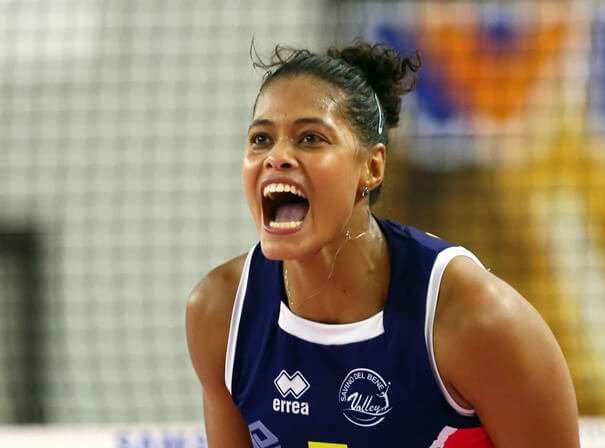