Egyptian Ahmed Elgendy is one a new generation of inspiring modern pentathletes. He is currently top of the junior world rankings and 13th in the senior rankings. He won gold at the 2018 Youth Olympic Games, the same year he was crowned both World Junior Champion and World Junior Tetrathon Champion. At senior level, he has triumphed in numerous World Cup Series qualifiers. Barely out his teens, Elgendy has already racked up an incredible list of achievements.

Born in 2000, Elgendy first taste of international competition—and its first taste of Elgendy—was in 2016 at the Youth International in Great Britain, where he finished runner-up. In October the following year, he travelled to the Czech Republic to compete in the Olympic Hopes tournament for under-19s. He won the individual event and was part of the mixed relay team that won theirs. At the Games in Argentina, he sailed to victory, beating his nearest rival by 20 points. Paired with China’s Gu Yewen, he also took gold in the mixed relay. Two months earlier, he had been in the Czech Republic again, winning the World Junior Championships. Four months before that, he has been in Portugal, winning the World Youth Tetrathon Championships, a four-round version of the modern pentathlon.

2019 was another strong year for Elgendy, with two senior victories in World Cup Series qualifiers, and a runner-up spot at the World Junior Championships. The delay in the Tokyo Olympics has offered further opportunities to qualify through the next World Championships, a tournament Elgendy is sure to champion in sooner rather than later. 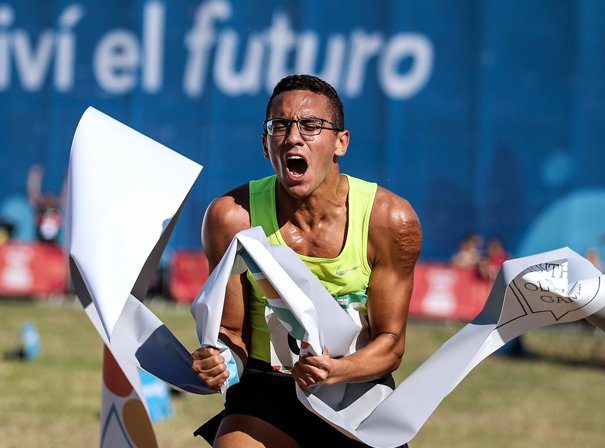