Aik Mnatsakanian is one of the rising young stars of the Greco-Roman wrestling world. Of Armenian heritage, he represents Bulgaria in major competitions around the world. In just three years of competing at the top level, he has won three bronze medals, two of which were won at successive World Championships. He got 2020 off to a typically promising start by achieving a top-five finish at the European Championships in Rome, Italy.

Mnatsakanian was born in October 1995 and became interested in wrestling at a young age. He eventually began serious training in the Greco-Roman form of the sport, a highly-disciplined format which prohibits the use of one’s legs to attack an opponent or to defend oneself against their opponent. Along with freestyle wrestling, it has been contested at the Olympic Games for well over 100 years; it’s a competition Mnatsakanian has his eye on for the future.

Mnatsakanian came crashing onto the world wrestling scene just twelve days after his 23rd birthday when he won his first bronze medal at the World Championships in Hungary, sharing third-place honours with Azerbaijan’s Rasul Chunayev. Six months later, he was in Bucharest, Romania, where he again shared the third-place spoils, this time with Croatia’s Dominik Etlinger. Another six months saw him back at the World Championships, successfully defending his bronze medal, shared this time with Hungary’s Balint Korpasi. In Rome in early 2020, he came achingly close to a fourth bronze medal but was narrowly pipped to the post, leaving him to share a joint fourth-place with Ukraine’s Valodymyr Lakovliev. 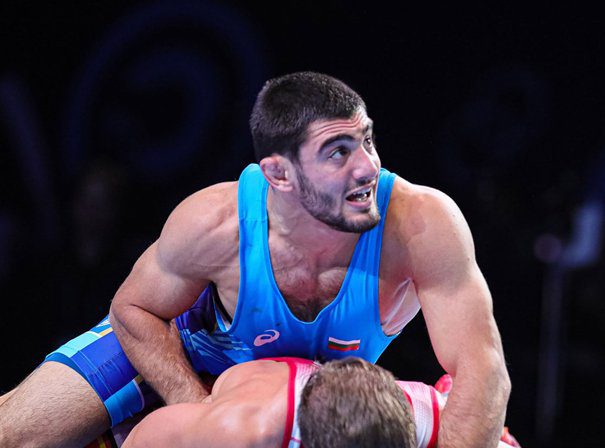