Akira Sone is a widely respected female Japanese Judoka and current 2019 World Champion. Sone is a teenage Judo star in the talented Japanese team, born in 2000 in Fukuoka, Japan. Sone is widely regarded for her technical skills and expertise within her sphere, some of the techniques she has gained renown for are Tai Otoshi and Ouchi Gari.

Sone became a national champion at just seventeen-year-old, going on to become junior World Champion in Zagreb 2017. Further establishing herself as serious Judo athlete, Sone won silver at the Grand Slam in Tokyo 2016, won the World Junior Mixed Team Championships in Zagreb and took a silver medal at the Grand Slam Osaka 2018. Sone won the World Masters in the same year in Guangzhou and grand Prix in Zagreb in the following year.

Sone has been selected to represent Japan at the Tokyo Olympics after the All Japan Judo Federation had announced that current world champions who won the Grand Slam in their home country would be picked. Sone asserted, “my feeling is that I am going to make it to the Tokyo Olympics and win a medal without fail. I want to give my all until then so I can make that happen”. 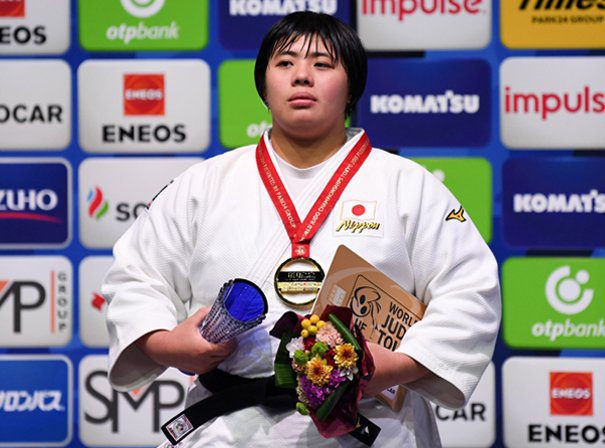