Japanese Nordic combine skier Akito Watabe can claim a long list of major successes in his chosen sport. He is a World Champion, junior world silver medallist, World Cup winner (as well as four-time runner-up), and winner of the World Cup’s Best Jumper Trophy. On the biggest stage of all, the Olympic Games, he has won two silver medals. If it can be achieved in Nordic combined skiing, Watabe has achieved it.

Born in 1988 in Hakuba, a world-renowned ski resort in the Japanese Alps, Watabe was exposed to his future sport from a young age. He made his international debut, aged 16, at the 2005 Junior World Championships in Finland and won his first medal, a sprint silver, at the following year’s event. This qualified him for his first Winter Olympics, held just a fortnight later in Italy and where he finished 19th in the sprint. His international breakthrough truly came three years later when he won gold at the 2009 World Championships as part of the Japanese relay team. From that point onwards, his World Cup rankings began improving and he achieved the first of his 67 (and counting) podium finishes.

Watabe’s Olympic silver medals were won at the 2014 and 2018 games. The latter topped an incredible season in which he won the World Cup for the first time, having settled for silver and bronze on no fewer than six occasions. The same tournament also saw him awarded the Best Jumper Trophy, firmly establishing him as one of the sport’s greatest jumpers. A World Cup silver followed in 2019 showing that this veteran skier still has the fire and skill to win big. 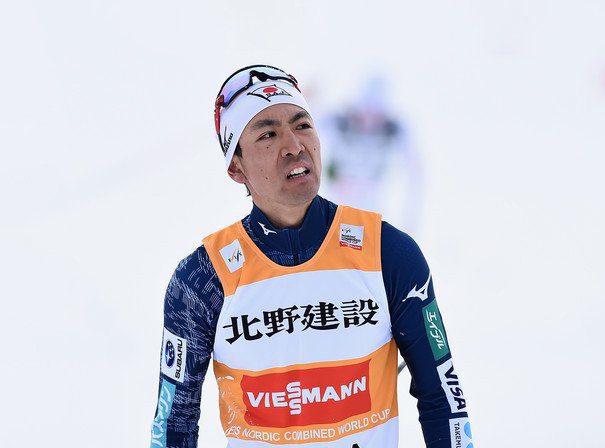