Alan McLoughlin is a former professional Soccerer and coach. The midfielder became a hero whilst playing for the Republic of Ireland when his goal famously put his national side through to the 1994 World Cup. He also carved out a successful playing career playing for several English clubs, most notably at Swindon Town and Portsmouth.

Mcloughlin’s career kicked off at Manchester United and he turned professional at the club in the 1985-86 season. His first turn at Swindon Town came in 1986, and after a brief stint on loan at Torquay he returned to Swindon to become a regular player. In 1989, new manager Osvaldo Ardiles recognised Mcloughlin’s potential, regularly playing the midfielder who rewarded him by scoring 16 goals in the manager’s first season at the club. Mcloughlin was sold to Southampton before moving to Portsmouth and scoring the goal that helped the team reach the 1992 FA cup semi-final.

Capped 42 times for his national team, McLoughlin was named in the Republic of Ireland squad for the 1990 World Cup in Italy and played in two matches against England and Egypt. In one of his finest moments, Mcloughlin’s equaliser against Northern Ireland resulted in qualification for the 1994 World Cup and cemented his status as a legend in the Republic of Ireland. Since he retired, McLoughlin has remained busy as a commentator for local radio, joining BBC Radio Solent to comment on Portsmouth matches, and as a first-team coach at Portsmouth. 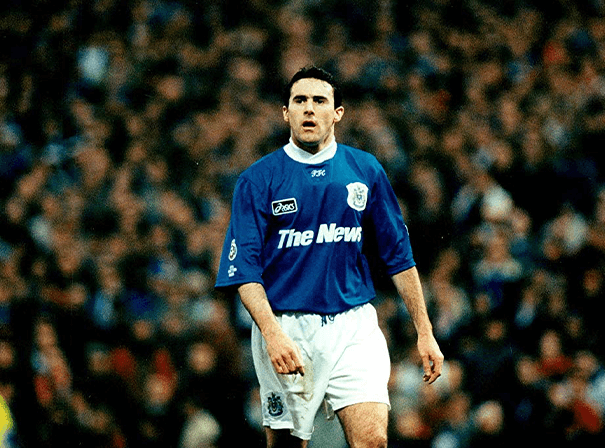