21-year-old Australian tennis star Alex ‘Demon’ De Minaur’s fighting spirit has brought him to Grand Slam quarter-finals and a top 20 world ranking. Following his 2015 professional debut, 2016 saw De Minaur receive a wildcard for the Australian Open, reaching two finals while on the Spanish ITF circuit and achieving his first ATP Challenger tour final in Germany. In 2017, De Minaur clinched his first ATP main draw at the Brisbane International, achieved his first tour-level win at the Apia International in Sydney and as a wildcard, competed in the Australian Open, French Open (where he made the 2nd round) and US Open, resulting in a world ranking of No.208 at the age of 18. In 2018 he reached the Brisbane International semi-finals – becoming the youngest ever to do so. Only weeks after, he reached the finals of the Sydney International. Going from strength to strength, 2018 also marked his Davis Cup debut, a wildcard in the French Open and making Wimbledon’s 3rd round – playing no less than Rafael Nadal. He finished the year in the top 50 and as Australia’s first male singles player. In 2019 he clinched his first ATP Tour title at the Sydney International and reached the Australian Open’s 3rd round. He went on to defeat Kei Nishikori in the US Open’s 3rd round, moving into the 4th, win his 3rd ATP title and reach the French Open’s 2nd round, finishing the year as the world’s No.18. In 2020, he became the first Australian to reach the US Open quarter-finals since his coach, Lleyton Hewitt, in 2002. De Minaur has continued to showcase his sensational speed and agility and promising potential to the world. His impressive successes until now are but a taste of what this young star is yet to achieve. 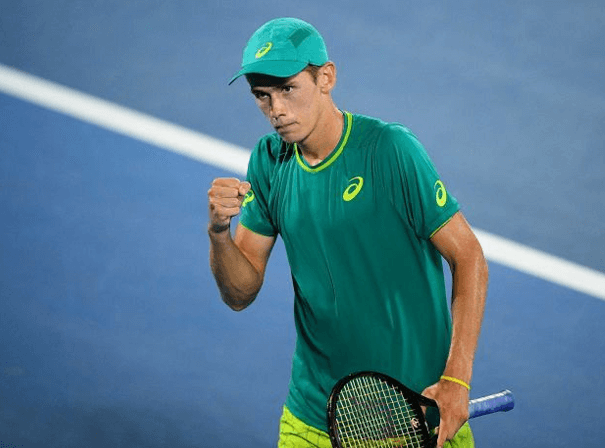