Bolshunov was first introduced to the world of cross country skiing by his father and coach, Alexander Ivanovich Bolshunov. When he was a teenager he attended the Bryansk sports school, and began to win titles just a year after he joined the school. Boshunov was victorious in the 2017 Under 23 World Ski Championships, winning both a silver in the sprint and taking gold in the 15km individual freestyle event. He established himself as one of the most promising skiers on the scene, and made his World Cup debut the following season. In 2018 Bolshunov qualified to represent his country at the Winter Olympics, held in South Korea. He took home three silver medals and a bronze and firmed up his reputation as one of Russia’s greatest competitive skiers. Bolshunov continued to perform at the top of his game at competitions, winning the Distance Cup in 2019, and aged just 22 was the youngest ever winner of the title.

This great form carried on throughout the 2019/20 World Cup, and the 2019/20 Tour de Ski. Bolshunov won the overall title at both competitions, beating much older and more experienced skiers to the podium, and has many more years of success ahead of him. 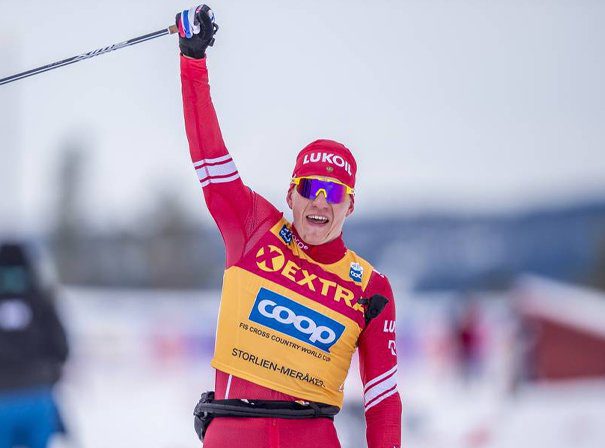