However you define it, Alexander Volkanovski is a true champion. With both a loving family, and several MMA Featherweight titles under his belt, not to mention two national gold medals for his achievements in wrestling, Volkanovski throws everything he has into the sport, and after leaving behind his decade long rugby career in Australia, he found his true calling in MMA, and currently boasts an impressive 19 fight winning streak. Known for his perseverance, dedication and passion for the sport, Volkanovski is a firm fan favourite and went from a front row man on the rugby field to a high energy formidable opponent with the skill to defeat any comers, and is recognised as one of the pound for pound best fighters in Australia. Currently competing in the iconic UFC, known for being the pinnacle MMA promotion, boasting some of the biggest sports stars, events and pay-per-view events, Volkanovski nto only joins the host of over five hundred UFC athletes, he also hosts seminars or workshops with his trainer, available through his personal website.

When not competing or training, Volkanovski can be found on his social media, interacting with his massive fan base of over 478,000 followers. He also has released a children’s book, modelled on his own life story and focusing on teaching the dedication and hard work that has made Volkanovski a household name. 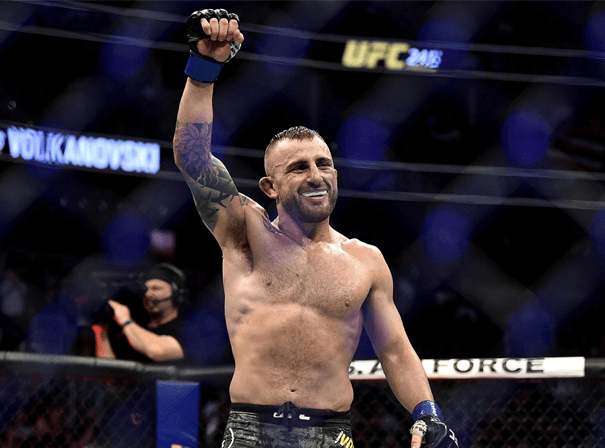