Set on a meteoric trajectory, Alexander Zverev is one of Germany’s greatest tennis players. Zverev is a legacy player, with the love and professionalism of the game running through his veins. He was coached by his father, tennis legend Alexander Snr. and alongside his brother Mischa from a young age. Joining the pro circuit in 2013, Zverev has been shaking up the tennis scene ever since. Fast forward to 2018, Zverev was ranked number four in the world. With a career set for greatness, Zverev is set to overtake his sporting rivals.

Securing himself as a top ten player in the world, Zverev has had a decorated career so far. As a child, Zverev was the world junior number 1 and a junior grand slam champion. Knocking out tennis titans such as Roger Federer at just 20 years old, Zverev gathered a lot of attention. Defeating Federer at the Halle open in 2016, made Zverev the first teenager in a decade to achieve a victory over Federer since Andy Murray. Zverev showed to the world that he is unafraid to compete with his childhood heroes. Winning two Masters titles in 2017 ranked Zverev in the top three. Smashing the competition at the 2018 ATP Finals, made Zverev the youngest player to win in a decade.

Leading the new generation of tennis players, Zverev is ready to take on the mighty Federer, Nadal and Djokovic for the number one crown. For Zverev, the top three players are the ones to beat. With a goal set to take on the highest tennis rank on earth, Zverev is set to become the greatest player of all time. 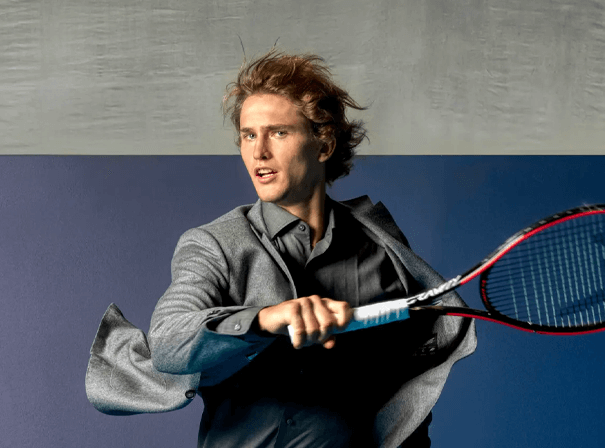