Born in the Philippines, but now living in Auckland, New Zealand, Alexandrea Anacan is a well-known and successful karateka. Proudly representing her adopted country, she has achieved a raft of high rankings at many major tournaments. Her greatest achievements so far have been finishing 2nd at the Commonwealth Games (in Senior Women’s Kata), 5th at the Karate World Games (qualification for which meant winning the Oceania qualifying competition outright), and 3rd place at the World University Games, the largest international multi-sport event behind the Olympics.

Anacan began practising martial arts at the tender age of four. She was inspired to do so by her mother, who believed that the role of a parent is to help their child unleash their hidden potential. Feeling even then that karate was the way for her to do this, Anacan began “rigorous” training and was soon entering tournaments. Since then, she hasn’t looked back. The tournaments and championships she has taken first place at include the Auckland Open, New Zealand Open, Australian Open, New Zealand Nationals, and Hamilton Open.

When her family first moved to Auckland, Anacan began training with the SSKANZ school. Today, she is one of their instructors, a black belt 2nd dan, and also a national judge and referee. She is still very much a competing member of the New Zealand national karate team too, her recent tournaments including a world championship in Shanghai. Away from karate, she puts her other great love, her Christian faith, into practice with a long-running role at Rhema Media, a Christian broadcasting group that operates TV and radio stations across New Zealand. 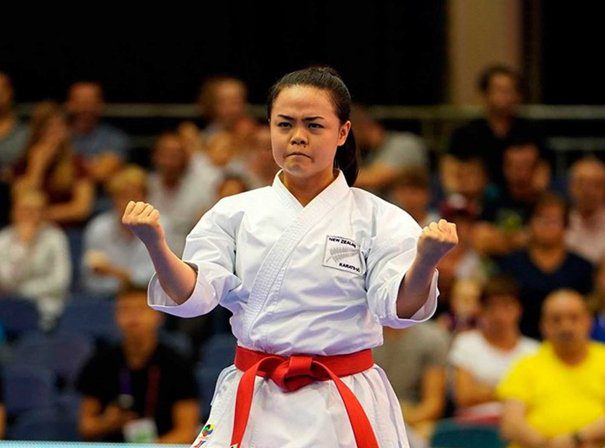