Alexis Sanches is a widely recognised Chilean international Soccerer who plays as a forward for his country and Inter Milan. Talented athletically, he enrolled in a Soccer academy; there was little money to finance this. Luis Astorga a Soccer director spotted his talent and helped him attend the Cobreloa Soccer Club. He was picked for the senior team in 2005 at just sixteen.

Sanches was signed for Udinese in 2006, then to help him mature he was loaned to Colo Colo. He soon won a regular place in the team. He played an important role in the team’s league win in 2007. In 2007 he was sent on loan to River Plate then moved back to Udinese 2008. He was talented at scoring goals and in 2011 was voted the most promising player in the league on FIFA.com. In 2013 Barcelona paid 26 million Euros to sign him. He was involved in the 2011 win of the UEFA cup and in the 2013/14 season he scored 21 goals.

Sanchez moved to Arsenal for £31.7 million he was Arsenal player of the year. In 2018 he moved to Manchester United then was put on loan to Inter Milan in 2019. Internationally, Sanchez has been a top goal scorer for Chile earning 132 caps and 43 goals. He has played in the FIFA World Cup, Copa America and FIFA Confederations cup. 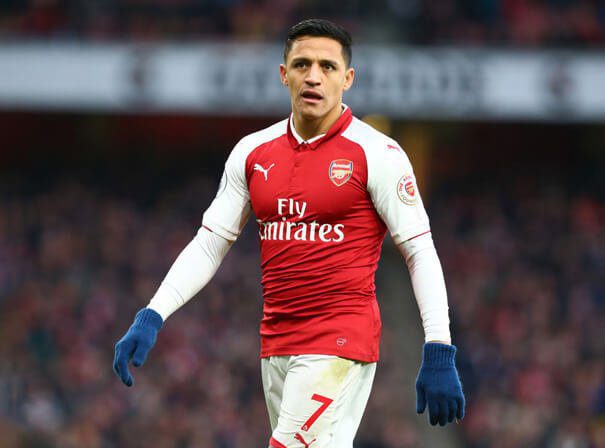