Allison Blecher is an experienced all round sailor from America who won her first U.S. Women’s match racing championship in 2019. Blecher – who was runner-up in the 2018 championship – took the title in Detroit after a 2-0 victory over Giselle Camet Nyenhuis. Blecher had an impressive 2019, also finishing 2nd at the New Zealand Women’s Match Racing Championships in Auckland and climbing to 6th in the Women’s Match Racing world rankings. A talented all round sailor, she has also competed in the Laser Radial and 49erFX classes.

Blecher was a promising sportswoman at high school who excelled in golf as well as sailing. She began sailing competitively in 2006, winning second place at the ICSA Singlehanded National Championship. In the 2008-2009 season she placed in the top five in all but one of the 15 events that she competed in. Blecher was skipper in all 15 events and took home three first place finishes, winning the SAISA Women’s Dinghy Championship in the A-Division. She also led the A-Division to victory in the SAISA Women’s Championship, qualifying for the nationals and going on to place second.

Blecher rose to prominence further when she was named 2010 Quantum Collegiate Female Sailor of the Year, and she became a member of the US Sailing Team in 2013. In 2018 she faced three time US Women’s match racing championship winner in the championship held in San Francisco, and finished second even though she was relatively new to match racing. In 2019 an elated Blecher went one better to clinch victory and along with her team became the 17th U.S. Women’s Match Racing Champions. 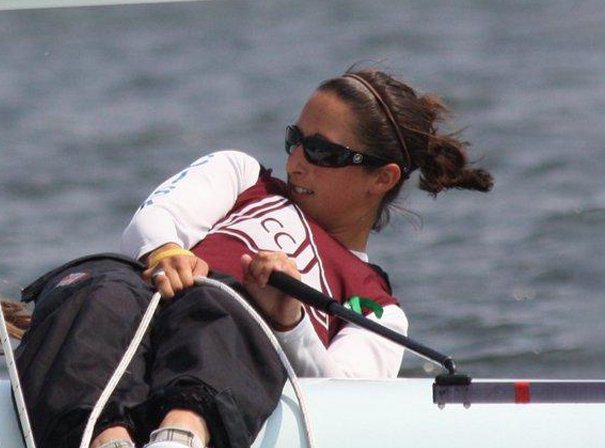