An Olympic veteran and former world champion, Alyse Wood (née Burnett) is an Australian sprint canoeist. She is one of Australia’s most decorated sprint canoe athletes and recently married fellow kayaker and Olympian Jordan Wood.

Born in Sunshine Coast, Australia in 1992, Wood began kayaking at the age of 16. She started to appear in International Canoe Federation events in 2013, making her junior and senior level debuts the same year. She won three World Cup medals in 2016 including gold in the K1 200 metre competition. Wood made her Olympics debut in Rio de Janeiro in 2016, taking eighth place in the K2 500 metre alongside her partner Alyssa Bull. In 2017, she earned gold medals in the K1 500M and K1 1000M at ICF World Cup events. She has continuously earned several awards at international tournaments since, notably winning gold at the K1 5000M event at World Cup 2 in Duisburg, Germany in 2019.

A graduate of Griffith University, Wood holds an MBA in Public Policy and runs a digital marketing firm that focuses on small businesses in South East Queensland. Currently residing in Gold Coast, Queensland, she’s an active member of Maroochydore Surf Life Saving Club. In addition to annually competing in ICF events, she frequently appears in Australian and Oceania Championships and will surely continue to be a mainstay of international sprint canoe tournaments in coming years. 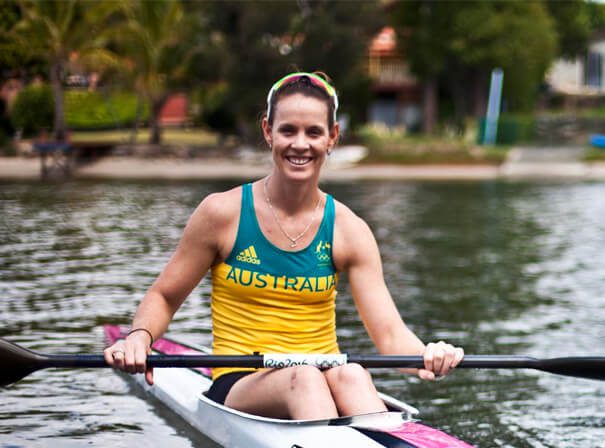