Alyssa Ritchey is a widely recognised 6-time team USA Weightlifter, athlete and fitness coach. Ritchey has an impressive online influence, with over 47k followers on Instagram. From gymnastics to track and field, skateboarding, CrossFit and more, being an athlete is in Ritchey’s DNA. She pushes herself in all aspects of her life and is constantly trying to redefine her limits.

Ritchey competes as a weightlifter at 49kg bodyweight and in 2019 she was named the 5th woman in the USA to lift over double her body weight in the clean and jerk. Her next goal was the 2020 Tokyo Olympics, which was unfortunately postponed due to Covid-19. She hopes to become one of the top four female weightlifters to make the US Olympic team. She has many achievements; in 2019 she won the Pan American Championships in the snatch, clean & jerk and total in her weight, she was 12th at the World Championships in 2018, 7th at the World Championships in 2017 and was a medallist at the 2017 Pan American Championships, 3rd in total and 2nd in snatch.

She is also a keen CrossFitter and is a 4-time Regional CrossFit athlete.

Ritchey is incredibly motivated and believes that if you dream it, you can make it happen. She works hard and trains every day to become better. She is a passionate coach and hosts retreats, called Strong Inside & Out. She also hosts weightlifting seminars to help aspiring athletes and she loves to share her journey through her popular podcast, called The Bitty Strong podcast. 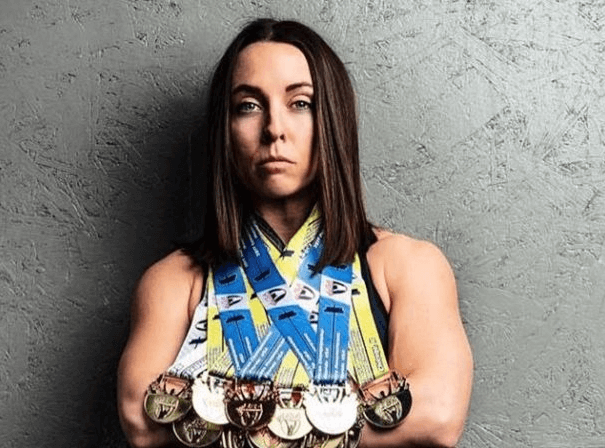