Hailing from Austin, Dowdy first became a celebrated athlete while studying at Texas Tech University. At college, the up-and-comer was hailed as an indoor standout and set multiple records. Following her graduation, Dowdy competed internationally, including in Germany and Puerto Rico, in indoor professional competitions. She later made the switch to from indoor to beach volleyball, like many of her peers.

In 2014, Dowdy achieved her goal of joining the prestigious Association of Volleyball Professionals, making her beach debut at that year’s AVP Season as Newcomer of the Year. In the years following, Dowdy has appeared on the podium on several NORCECA, AVP and FIVB Tours. With the U.S. Women’s National Volleyball Team, Dowdy has won a gold, two silver and four bronze medals. Most recently, Dowdy took home the silver medal at the FIVB Phnom Penh Open in 2019. The year prior, the volleyball star won gold at both the FIVB Shepparton Open and the New Zealand Open.

Despite not finding her calling in beach volleyball until her 20s, Dowdy quickly landed on her feet and has proved herself a natural. Dowdy is an inspirational figure, showcasing incredible determination and a penchant for hard work. With husband Brad Lawson, also a volleyball player, Dowdy is excited to take on new challenges and has n brilliant future ahead of her in the competitive world of volleyball. 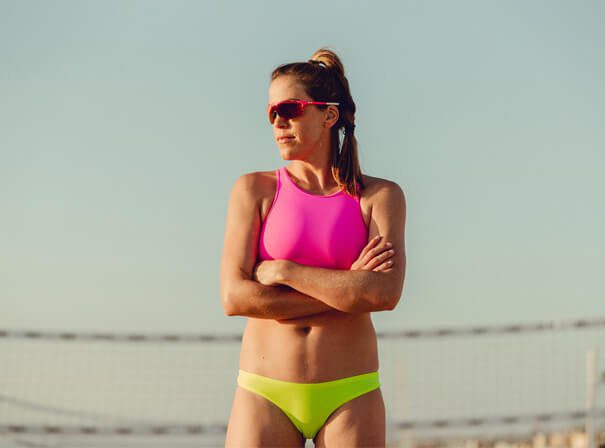