Indiana native Andre Shelby is an internationally acclaimed para-archer. He is a Paralympian, World Champion and US Navy veteran. Shelby has achieved far more than most in his lifetime and has put adversity to bed on the world’s stage. Shelby exploded onto the professional compound archery scene in 2012. Three years later he bought home his first major medal from the Toronto 2015 Parapan American Games. He famously went head to head with the titan known as Stutzman, the “Armless Archer”, and in victory, claimed his prize. This triumph led to his successful debut Paralympics in 2016. The 2016 games were a period of celebration in many ways; for the fantastic gold that he won and for being the first African-American archer to compete in the games.

Team USA saw Shelby break world records with his teammates Polish and Thompson. Their camaraderie and brotherly bond is testament to their award-winning performances on the field. They have led a trail of success in the competitions they have played in together and brought back many team wins.

Shelby’s ethos is a humble one, instead of focusing on his scores or opponents, he focuses on each moment. Selby’s focus and determination has been a mental process where he simply shoots to aim the best he can, rather than worry about the result. Training hard and learning the art of precision and control has become an art form in itself for Shelby; it has certainly paid off. Shelby has reigned as a Paralympic champion, and his opponents have a fight on their hands to change that. 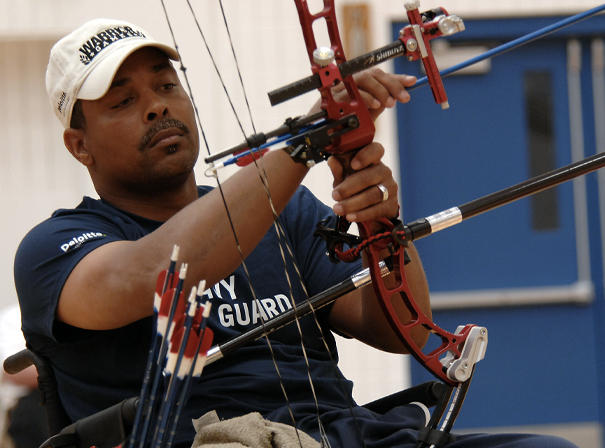