Andrew Raycroft created a multifaceted career out of ice hockey: not only did he play professionally, but he now works as a volunteer assistant coach for the University of Connecticut, performs studio analysis for the Boston Bruins, and hosts a hockey podcast called Breaking the Ice.

Raycroft started in the Ontario Junior Hockey League at age sixteen, before graduating to the OHL. There, he was named “Goaltender of the Year,” for having the best SVS% in the league. Additionally, he was awarded the Red Tilson Trophy and made the CHL First All-Star Team. With a track record like this, it’s no wonder he was drafted into the NHL.

By 1998, Raycroft played for the Boston Bruins in their minor league affiliate. But he still ended up playing eleven games for the Boston Bruins during those three years, bouncing between two states and two leagues. It wasn’t until the 2003-04 season that he played full time for the NHL. For his legendary first season, he was honored as “Rookie of the Month” and “Rookie of the Year” while also being placed on the YoungStars Roster and the All-Rookie Team. The critics at The Hockey Writers even said his statistics were similar to hockey legends like Martin Brodeur, Miikka Kiprusoff, and Marty Turco, but it was Raycroft’s debut. He finished the season with a Calder Trophy and a second-place finish in the Eastern Conference.

Raycroft’s next team was the Toronto Maple Leafs, where he set a franchise record in 2007 for most wins by a goaltender (the same year he was ranked first in goals against). He’d go on to play for eleven years, working with teams like the Colorado Avalanche, Vancouver Canucks, and the Dallas Stars, as well as foreign teams like Milano Rossoblu and IF Björklöven before retiring in 2014. 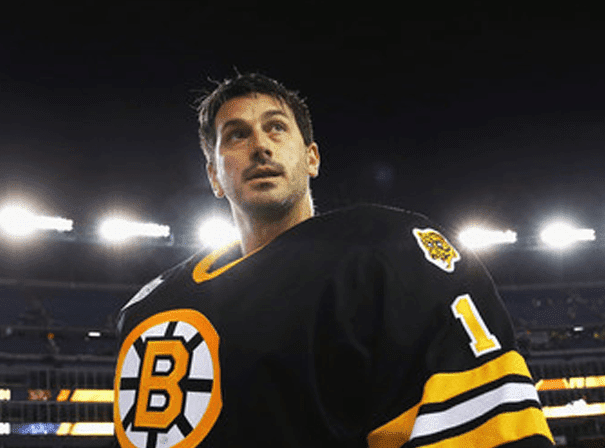