With his famous long hair and ever-present smile, Andy ‘The Viking’ Fordham is one of Britain’s most popular darts players. A success from the start, he reached the semi-finals of the BDO World Darts Championship at his first attempt in 1995, and repeated that remarkable achievement in 1996 and again in 1999, taking the Winmau World Masters title in the same year. He finally took the Lakeside crown in 2004, after coming from 0-3 down against favourite Van Barnefeld, in one of the sport’s most famous comebacks.

Fordham spent most of his career with the British Darts Organisation, with a brief period at the oche for the Professional Darts Corporation between 2009 and 2013.

Surprisingly, for a man so famous for his size, Andy Fordham was a keen track and field athlete at school, and was nicknamed ‘The Whippet’. In later years, however, his weight became a major problem, causing him to miss a number of tournaments. He lost 42lbs on the TV show, Celebrity Fit Club, and was described by host, Dale Winton, as ‘the nation’s favourite’.

Fordham has since lost even more weight and is back as a regular player on the darts circuit. He received a wildcard for the 2016 BDO World Trophy.

Andy Fordham is currently an ambassador for the British Disability Darts Association and has a professional partnership with Winmau, which has recently been renewed for a further five years. He also runs The Cutty Sark pub in Thamesmead with his wife Jenny. 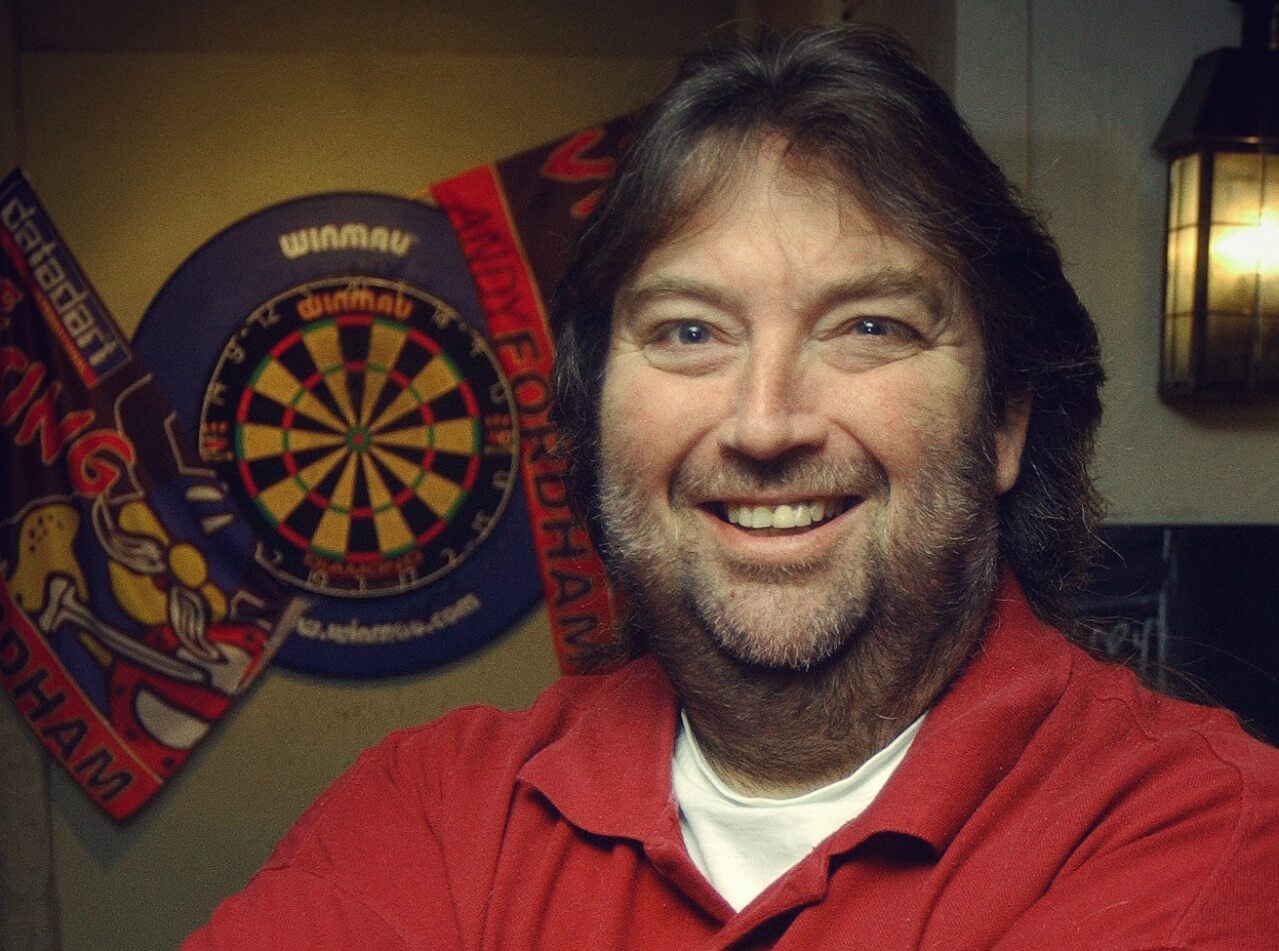