Adventure seeking, award-winning and fearless big mountain skier Angel Collinson is loved worldwide for her positive attitude and unique skiing talents. Born in Utah, Collinson grew up in the mountains. It was only natural that she grew a love for the lifestyle and become a champion of the sport.

As a teenager, Collinson competed at an elite level, winning various tournaments. In 2010, Collinson impressively won the overall title at the Freeskiing World Tour as a rookie. She won the title again in 2011. Collinson quickly became a name in the world of skiing, and in 2013 was invited to take part in Teton Gravity Research’s annual ski movie, making her filming debut. She has been involved in many of their productions since. A versatile athlete, Collinson has done everything from big mountain skiing to freeride, and travels the world in search of new, exciting adventures. In 2015, she became the first female to win Best Line at the Powder Video Awards and in the same year, became the first female to appear in a Teton Gravity Research film finale. It is not surprising that Collinson has collaborated with brands such as North Face and is part of high-profile teams such as Volkl.

Loved globally, Collinson also boasts a large social media following with over 80 thousand Instagram followers, where she shares her ongoing projects and motivational words and insights. Most recently, she became the host of the show Another Half-Mile, where she discusses her life experiences. Always surprising the world at every turn, Collinson is an ever-evolving athlete and personality. 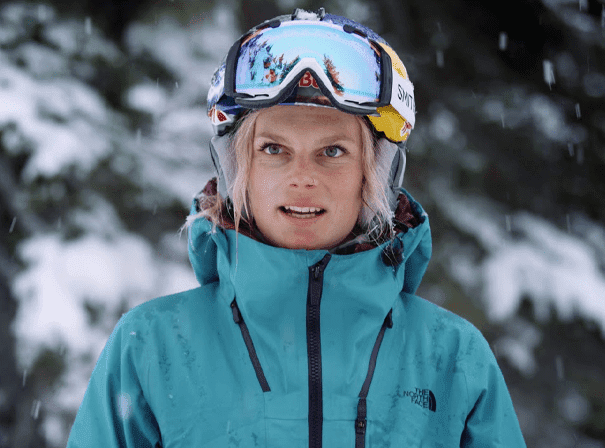