It’s hard to deny that Swenn-Larsson agile and reactive skills come natural to her, and since her World Cup debut, she has continued to ski her way into recognition, representing Sweden in two Winter Olympics and an impressive four World Championships.

Indisputably, Swenn Larsson is continuing to climb her way to the top with her outstanding and consistent results in recent years. At the 2018 Winter Olympics in PyeongChang, she finished 5th in slalom, and at the 2019 World Championships she nabbed a silver medal in Åre. 2019 proved to be an incredible year for Swenn-
Larsson as she obtained two 2nd place race podiums and two 3rd place podiums, occurring in the USA, Switzerland, Sweden and Slovenia. After skiing into 2020 with continued success; gaining a 2nd place race podium for slalom in Austria, it would come as no surprise if she were to continue earning medals for a second decade. 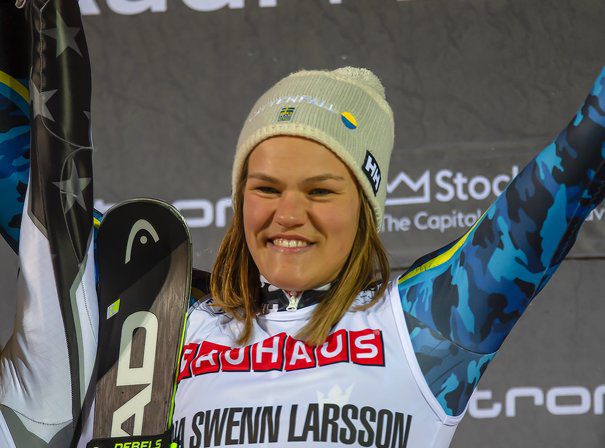