Anna Turney is a celebrated athlete, having represented Great Britain at numerous competitions, including the 2010 and 2014 Winter Paralympic Games, and the World Championships in 2011 and 2014. A successful alpine skier, Turney used a sit-ski in competitions, recording Britain’s best result ever in Female Sitting Alpine Skiing, and is known for her incredible levels of determination and energy.

Originally a promising snowboarder, Turner suffered a life-changing injury at age 26 when an accident left her paralysed from the waist down. Whilst recovering, she was inspired by the 2006 Winter Paralympics to get back into sport. She took up monoskiing, and in 2007 she was accepted into the British Disabled Ski Tea, making her debut at the NORAM races in Canada within a year. Turney was selected for Great Britain the 2009 IPC Alpine Skiing World Championships, finishing fourth in the giant slalom. In 2010, after just three years of training, Turney represented Team GB at the Winter Paralympics, managing a shock sixth place finish in the slalom from a ranking position of 16th. The next year, she represented Great Britain at the 2011 World Championships, finishing fourth in the giant slalom. She went on to represent GB once more at the 2013 World Championships, and was selected for the 2014 Winter Paralympics, finishing fourth in the super-G, sixth in the slalom, and eighth in the grand slalom.

Since retiring from ski racing, Anna has embarked on a career in motivational speaking, mentoring and youth work, using her own experience and incredible story to help and inspire others to reach their full potential. She has also made appearances in the media, featuring for the BBC. 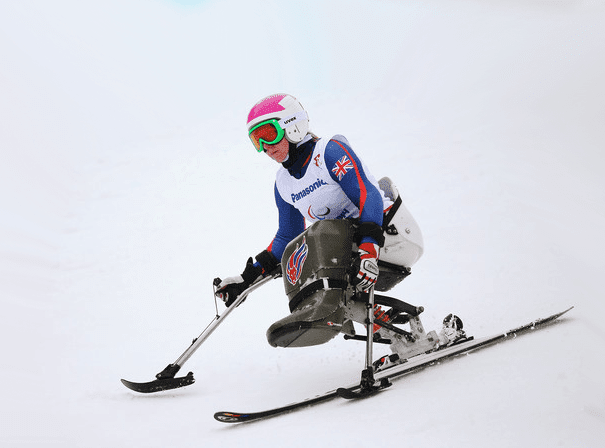