April Shin is a young American speed skater. A former national champion, she has become a regular of the annual ISU Speed Skating World Cup, travelling the globe to compete against the best the sport has to offer. A proud member of Team USA, she has also represented her country at numerous Junior World Championships. She ended the 2019/20 season ranked as one of the world’s 100 highest-ranked speed skaters.

Shin was born in Rockville, Maryland in 1998. She became interested in skating after attending a local skate night aged nine. In 2013, she travelled to Poland with the American national team to compete in multiple events at the Junior World Championships. The following years saw her compete at the same event in Turkey and Japan. At the latter in 2015, she achieved her first top-ten finishes. Months later, she was crowned junior national champion. The following season, she travelled to Dresden, Germany with the American national team for her first ISU Speed Skating World Cup.

Subsequent years have seen Shin continue to travel and compete at the World Cup, acquitting herself well in the 500m, 1000m, and 1500m races. She currently forms part of the five-strong 3000m relay team along with world champion Corrine Stoddard, Maame Biney, Kristen Santos, and Julie Letai. Her performances during the 2019/20 edition of the tournament were enough to see her ranked as one of the top speed skaters in the world. Barely into her twenties, Shin is one of a generation of strong American skaters who are going to become world-beaters over the coming decade. 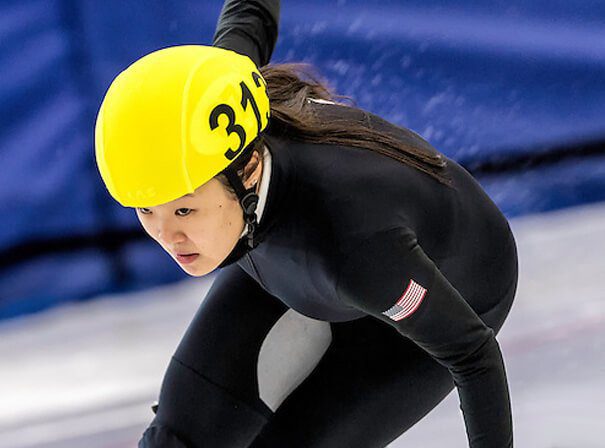