Ariel “Ari” Lassiter is a Costa Rican international footballer currently playing up front for MLS side Houston Dynamo. He has won over 15 caps for the senior Costa Rica side having initially played for the United States in U-23 tournaments. He has had prolific spells with Alajuelense, one of the top teams in the Costa Rican Primera Division and also spent three years playing for LA Galaxy.

Lassiter was born in Turrialba, Costa Rica, but grew up in the United States after his father, also a professional footballer, signed with MLS side Tampa Bay Mutiny. The family later moved to California, which is where Lassiter’s nascent skills began to gain attention. He captained his high school soccer team for two years and was named Inland Empire High School Player of the Year twice. He also spent five years with San Diego youth side Albion SC. He then played college soccer for a year before leaving and signing with Swedish second-division side GAIS. He stayed with them for a season before returning to the States in 2015 and signing with LA Galaxy II, the Galaxy’s reserve side, who play in the United Soccer League. Over the next three years, he made over 80 appearances for both the senior and reserve Galaxy sides, scoring 31 goals.

In 2018, Lassiter returned to Costa Rica, signing for Alajuelense, who have the distinction of being one of only two teams never to have been relegated from the country’s top division in their 100-plus-year history. In two years, he made 64 appearances for the side, scoring 24 times and helping them qualify for the playoffs twice. After that, he joined the Houston Dynamo on loan, later making the move permanent. 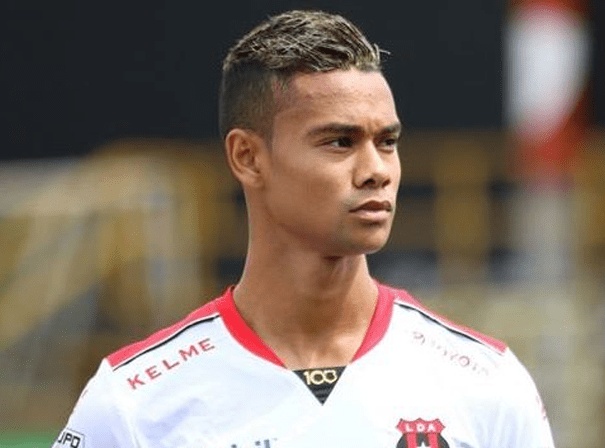