Arjan Singh Bhullar is a Canadian mixed martial artist in the heavyweight division; he has been a freestyle and folkstyle wrestler. Bhullar has represented Canada at international level. He was born in Richmond, British Columbia, Canada; his family migrated from India to Canada before he was born. Inspired by his father, a wrestler with many awards, he started to wrestle at a young age. He competed for the ‘Simon Fraser Clan’ at Simon Fraser University.

Bhullar was champion is 2008 and 2009 at the NAIA Wrestling Championships. At the 2009 CIS Championships he was the first wrestler to win the NAIA and CIS titles in the same year. He was ‘Canada’s wrestler of the Year’ and as a freestyle wrestler he as represented Canada at the 2007, 2009, 2010 and 2011 World Championships and at the Commonwealth Games in 2010 winning a gold medal. He also competed at the 2007 Pan American Games and at the 2012 Summer Olympics.

In 2014 Bhullar first fought as an amateur as a mixed martial artist. He then turned pro with the ‘Battlefield fight League’. In 2017 he signed with the ‘Ultimate Fighting Championship’ where he competed successfully. In 2019 he signed a deal with MMA promotion ‘One Championship’. Bhullar has always been willing to support others through coaching. He coached the wrestling team at University of the Fraser Valley and is a coach as his family’s training centre ‘Bhullar Wrestling Club’. 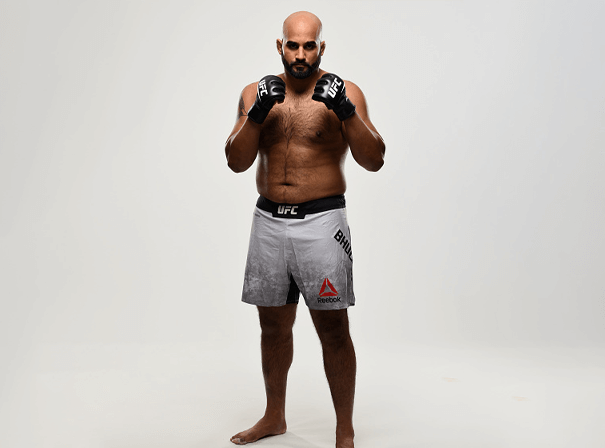