Iranian taekwondo practitioner Armin Hadipour Seighalani is a Universiade and Asian Championships title-holder and a World Championships finalist. The athlete competes variously in the 54kg and 58kg divisions, and is one of the top-ranked male taekwondo athletes in the world according to World Taekwondo.

One of Hadipour’s earliest senior victories was at the 2015 Universiade in Gwangju, where he took gold in the tournament’s 54kg division and established himself as one of the sport’s rising stars. The following year, he stormed the Asian Taekwondo Championships in Manila to take gold, and later claimed silver at the 2017 World Championships in Muju. Hadipour has since claimed two more titles at the Universiade – at Taipei in 2017 and at Naples in 2019 – and has returned to the Asian and World Championships to add further medals to his tally.

Hadipour earned his first Grand Prix podium finish in 2017 with a silver medal in London. He has since scored further silvers in Moscow and Chiba, a bronze in Sofia, and took gold in Manchester in 2018. At Open Tournaments, he has netted a dozen medals to date, including an incredible ten golds at meets including the Dutch Open, the Korea Open, the Croatia Open and the Greece Open, while he has twice taken gold at the WT President’s Cup. In late 2019, Hadipour reached the latter stages of the Grand Prix final in Moscow, securing his place at the Tokyo Olympic Games. 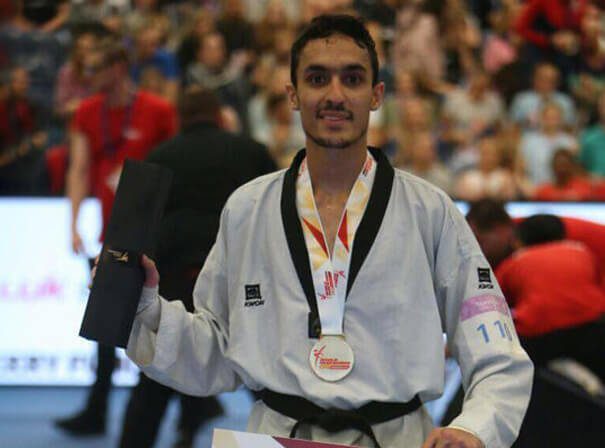