Axel Jungk is a skeleton athlete who races on German’s national team. He earned three consecutive world titles for his performance in the mixed team event at the Men’s Skeleton World Championships.

Jungk is especially known for his success in the BMW ISBF Skeleton World Cup. His first major podium happened during the 2014/2015 season when he held third place in the overall season standings. For the following two years, he came close to podiuming overall with fourth place standings, but eventually upgraded his status during the 2017/2018 season when he was decorated in silver overall after earning 1,507 points. The following year, he reached fourth place overall for the third time, but began the 2019/2020 season strong by winning the first race at Lake Placid. At varying World Cup races throughout the years, he’s achieved six bronze, three silver, and two gold finishes.

Aside from being a mixed team champion at the World Championships, Jungk has also wowed audiences with his individual performances. He’s nabbed silver twice for his performances at Königssee in 2017 and Altenberg in 2020, respectively. With all of this success, he was a natural candidate for the 2018 Winter Olympic Games in Pyeongchang, South Korea. He came in seventh place at his Olympic debut. 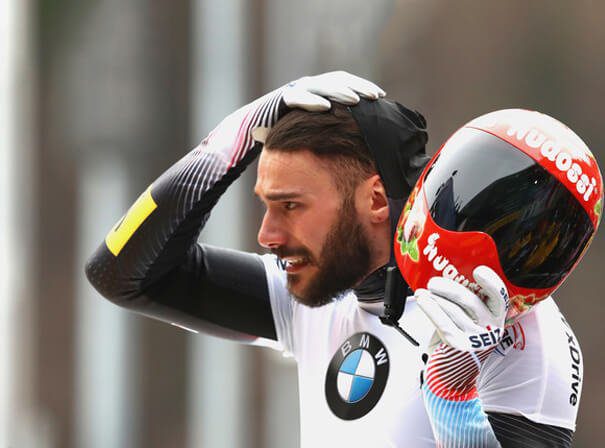