Bal Arneson, AKA the Spice Goddess, is celebrity chef, TV host, and best selling author. She is the host of U.S. Cooking Channel’s Spice of Life as well as Food Network Canada’s Spice Goddess, which received a nomination for a James Beard Award. You may also know her from her many appearances on shows such as Cooking with Fire, Bobby Flay’s Dinner Battle, and Iron Chef America where she appeared as a judge. She has not 1, not 2, but 3 national best selling cookbooks including Everyday Indian, Bal’s Spice Kitchen, and Everyday Indian which won the prize for the Asian Cuisine by the Gourmand World Cookbook Awards. She even made a splash in Hollywood films such as The Hundred Foot Journey by Steven Spielberg and Oprah Winfrey, and The Best Exotic Marigold Hotel.

However, Arneson’s life was not always as exceptional as it is now. After migrating from India to Canada through an arranged marriage, she ran away to a women’s shelter with her infant child, where she had to clean people’s houses to make ends meet while learning English in the evenings. Without any financial or family support she went on to receive her Master’s in education, and rise to the top of her culinary career.

Arneson has since then launched her cooking shows on a media tour throughout Asia, highlighted Indian cuisine for the King of Sharjah in the UAE, and even walked on Oprah’s red carpet in New York. She is now also focusing her efforts on stopping food waste, engaging with global charities, and is at the forefront of all things health. 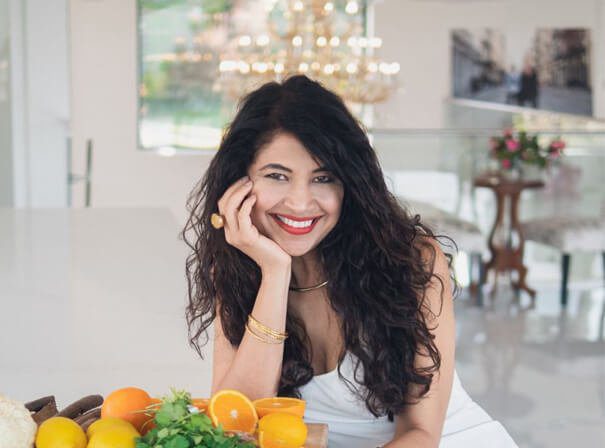