Dr. Barry Asmus is an American speaker, writer and consultant who is widely recognised. Amus primarily consults on issues of politics and business, that face the people of America today. Asmus has been nominated for Outstanding Professor of the Year on two occasions and has been decorated with the Freedom Foundation at Valley Forge Award for Private Enterprise Education and was voted University Professor of the Year twice, amongst other awards.

Asmus holds senior key positions, including Senior Economist with the National Center for Policy Analysis. With over 25 years of experience as a speaker, Asmus was dubbed by USA Today as one of the five most requested speakers in the USA. Asmus has spoken to many top organisations and businesses throughout the country and is the author of nine successful books. One of his most popular books, titled Crossroads: The Great American Experiment, was nominated for a H.L. Mencken Award.

Asmus has testified before the House Ways and Means Committee on the US income tax system and appeared at the Forbes Chateau de Balleroy in France, alongside many global leaders and figures. Asmus’ latest book titled Bulls Don’t Blush, Bears Don’t Die, is regarding today’s economy and the issues that challenge it. Amua has spoken at many esteemed locations and high-profile events, he was invited to speak at the re-dedication of the Statue of Liberty, delivering his speech titled Tribute to America. 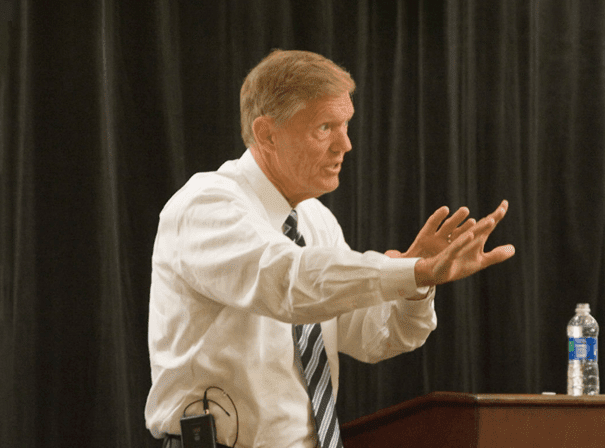