Former professional basketball player Ben Gordon enjoyed success in the NBA for multiple seasons following a successful college basketball career. A talented shooting guard with a competitive edge who played 11 seasons in the NBA, Gordon is the only basketball player to have won the NBA Sixth Man of the Year Award whilst a rookie. Gordon played for the Detroit Pistons, Bulls, Orlando Magic and Charlotte Bobcats. After retiring from the sport, he suffered with mental illness and openly admitted that he suffers from bipolar disorder. In an article about mental health for The Players’ Tribune he talked bravely about his battles including his suicidal thoughts, sharing his experiences to encourage other athletes to seek help.

Whilst playing at the University of Connecticut, Gordon won an NCAA championship and decided to enter the NBA draft. A player who always gave his full effort when he stepped on court, he was selected the third overall pick in the 2004 NBA draft by The Chicago Bulls. After making an immediate impact when he entered the league, he helped the Bulls reach the playoffs for the first time in 6 years and at the end of the season he was awarded the Sixth Man of the Year award.

Gordon became known as a player who could always deliver, but after his playing career ended his mental health suffered and he was hospitalised for a psychiatric evaluation. He later let the world know about his struggles and that he had a bipolar disorder, and has since shown the courage to find the right help and share his story to help others. 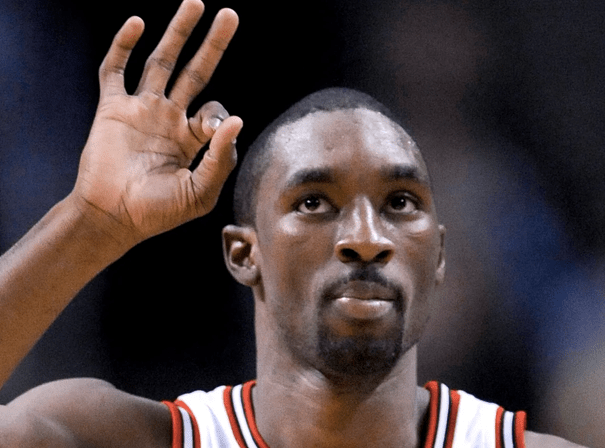