Ben Rimalower is best-known for his one-man show, Patti Issues. As the star and writer of this long-running play, he’s been recognized by the Bistro Awards, the M.A.C. Awards, and the New York Times.

Throughout the entertainment industry, Rimalower has been seen as an author, actor, podcaster, and even director; in 2004, he directed a benefit production of Snoopy! The Musical, working with actors like Christian Borle and Sutton Foster. Sometimes, he combines his talents, like when he produced and directed the off-Broadway show, The Fabulous Life of a Size Zero, or Joy, which earned him a feature in Out Magazine. Along with that, he wrote and directed Leslie Kritzer is Patti LuPone at Les Mouches, winning a Time Out New York Award.

But Rimalower’s talents most often include his writing chops. Regularly, his name can be found contributing to magazines such as New Now Next, Decider, Time Out New York, Playbill, Vulture, and even The Huffington Post. And his skills extend to fiction, since his short story, Little Old Sam, has been featured in the book, My Dog, My Friend. Additionally, he writes his own podcast, Ben Rimalower’s Broken Records, and often has original plays transferred to audiobooks and prints after their run. His two solo acts, Patti Issues and Bad With Money, have been converted to audiobooks, and became best sellers for their publisher on Audible, iTunes, and Amazon.

And his acting credits extend from his own writing: other shows he’s starred in include The Night Elaine Stritch Died, Our Hit Parade, The Witches of East Village, You Like Me, and counting. Rimalower’s also made TV appearances on Extreme Makeover, Halloween Adventure, as well as Bravo’s The Real Housewives of New Jersey and New York, and Watch What Happens Live. 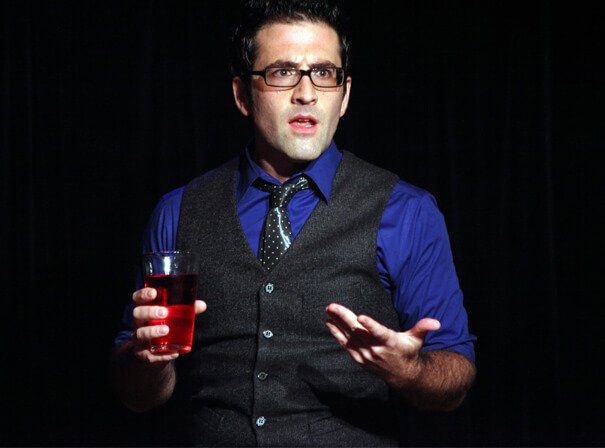